I just spent 10 minutes cleaning up the language in a thread.

It is much easier to delete a thread than it is to individually edit each post.

First, please watch your own language. I do not have a problem with it. However, many of our members do and we do have underage members.

This will protect your threads and posts from being deleted. I (nor any of the other mods) want to spend our time editing words. More often the thread will just be deleted. I do not want that to happen AND I do not want to have the software act as your "nanny."

I do not have a problem with it.
Click to expand...

However, many of our members do and we do have underage members.
Click to expand...

Besides that, I believe it gives the forum a bad image, especially to newcomers.
Someone might get the ({hopefully}wrong) impression some of our members are a bunch of kids from 4chan.

thanks dave! im glad someone is actually doing something about this problem now.

was gonna rep you for it but i appearantly havent spread enough around since the last time i repped you...

Yes again sorry for that topic...

Personally I disagree with this but... *shrugs* LPF is providing a service to me, least i can do is respect its rules...
To clarify, am i allowed to say "arse" or "bloody"? Those are some of my favourite words atm, i'd be a little reluctant to give them up. Sorry if any of my previous posts violated this rule, i just didn't know what the general opinion was to bad language was on the forum, so i assumed it was alright as long as it wasn't discriminative or actually used for offending anyone.

@anselm: I agree with you to some extent, if there are threads saying "Oh f*** the crap quality of this useless peice of sh*t..." etc. or use of "the N-word" but otherwise i think there are things we could reduce that would have a bigger effect on how the forum appears to newcomers. And besides, it wouldn't usually be like that. But i think in some situations it's justified. For complaining it's totally unnecessary but let's say you just busted an expensive laser, or something exploded on you?

arse and bloody aren't really that bad, I don't have a problem with those, but when F*** is used every 2nd word, it looses it's meaning and just makes the place look like a mess.

I don't have a problem with bad language unless it is excessive, but I also know it makes the forum seem crass and is inappropriate for youngsters. I like the fact that Dave cleaned it up instead of deleting the thread. Lets all try to keep the cussing to a minimum.

There are times when you really want to express outrage, but it tends to set the tone for "rowdy" behaviour more than accomplish anything.

When I speak with friends, I cuss like a drunken sailor. I even cuss when I lecture.

I worked in construction for 13 years before I went back to school. Expletives are part of my life.

However, when I type to post, I (mostly:yabbem proofread my posts before hitting "submit." Even if one slips through my original typing, it gets replaced or edited before posting

The moderators cannot catch them all. We ALL have to keep our eyes open for such things.

) is your friend too 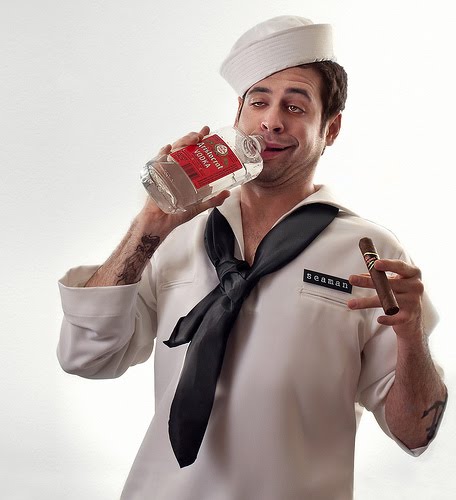 I do believe that I've worked for this guy on a gov't contract or two...

Thanks for all your hard work Dave

Any time I hear the subject of excessive swearing come up, I always remember this classic scene with Steve martin. Probably the only guy that can say the F word that many times and still be funny.

@rpaloalto: Rofl! This amuses me because this is the second time i've seen a thread posted by a mod addressing something and that very something be violated in the same thread. :crackup: Keep up the good work LPF!
R

If you don't mind a suggestion, I would strongly suggest that you not edit any posts made within your Trades Feedback & Dispute Resolution forum. Once you do, you become legally a co-author of the entire thread, and if litigation were to result from what is said in a thread of that nature, YOU would wind up being a co-defendant in a lawsuit.