It might be demand. I think these diodes are only attractive to projector manufacturers. I can't see the appeal to use these for a pointer as the beams are not even close to parallel. You could use 2 or 3 lower output diodes at less expense to get a better effect.

Not a bad deal on this, if anyone is interested, Junktronix. Although it is low power - it is a complete setup.

Next closest one is over double the price.

It flagged on one of my search parameters, so I thought I'd post it

wow this thread has more than 4600 posts!!
The OP must be brilliant.

The math rarely lies. Looks like a drop ship seller that set up shop on ebay. If so they probably don't know much about what they are selling and might be unknowingly selling used as new. Quick look at their store and I see lots of copy paste errors, mismatched specs and pictures. Just on the first page I see one of my photos on the listings for a different diode. Usual fake datasheets, part numbers that denote an "engineering samples" The most telling that they may not be familiar with the business is that most sellers and suppliers know not to list this anyplace outside of China.
https://www.ebay.com/itm//312409075281

This diode caused quite a stir as it not only fake documentation but was of very poor quality not meeting the made up specs being provided with it. Many people contacting N!ch!a about the issues or complaints about it. The result was a very aggressive campaign anywhere it was possible to leverage their trademark rights. The real issue with this one was it was not just unauthentic documentation but the poor quality of this device was poorly reflecting on the image of the company and was not even a product they manufacturer. For obvious reasons not much they could do about entities or listings in China so for those all they could do was issue this press statement warning people about them.

If they had been around during that they would know this could get them kicked off ebay. You can get these diodes from most the established sellers on ebay but only with direct sales. They will not risk their accounts by listing them there.

On that block being used yes go back to the money making sense. Harvesting from new projectors is pretty much done with the exception of two diodes from product lines that are near the end of their life cycle and threatened by lots of used projectors being dumped on the market. For example of a current gen projector which can get 5000 lumen from two NUBM08 blocks so try and find a new projector even if buying with the most amazing bulk discounts where the cost would justify the value you can get for parting them out compared to the wholesale price for a bulk of new blocks(clean pin no PCB). Is is not even close with the value of the parts being being many times lower. Right now best to assume anything that is tinned pin or has a PCB attached are pulled from used projectors with unknown hours on them which also starts causing issues with the overdrive currents that are commonly suggested and used. For instance a large dump of used NUBM06, NUBM08, and NUBM46-81 blocks pulled from organizational dumps when turning over their 2-4 year old projectors recently flooded the market. Right now listings are popping up with pricing under $150 for them and expect as more of them get out there and the end sellers start to compete with each other it might drive pries to sub $100 range. You will notice a lot for sale without taking measures to remove the QR codes or serials. If sourced new this would be an issue as they are tracked to find those abusing the no resell requirement to be eligible to purchase direct.

I have been collecting block serial numbers and if pulled myself from projectors attacking the manufacturer date to start to get an idea of how old the blocks are. I might start a thread for tracking these to help bring some more transparency to these units being offered for sale around without removing the numbers. I have found traking the block number and projector manufacturer date to be very linear so a graph could be made with lots of datpoints which can be useed to narrow down age of a block. 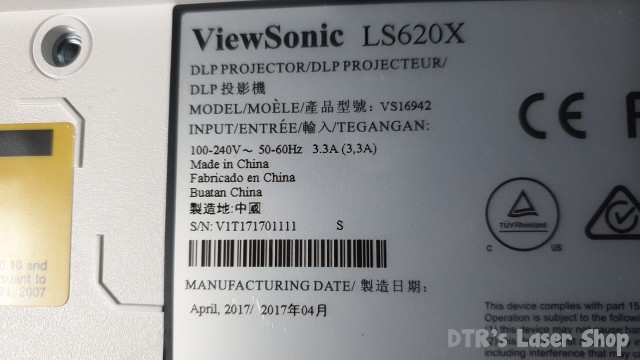 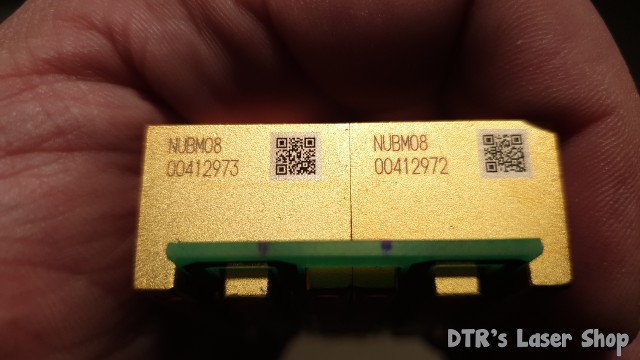 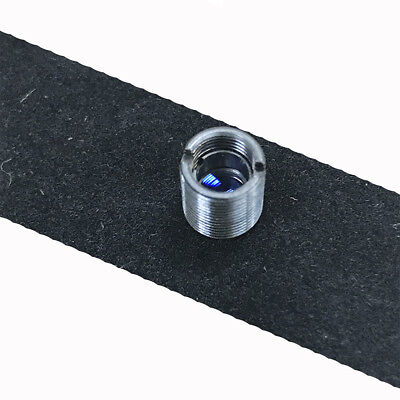 Someone took a bunch of those PL 530s that are $10, slapped them in an old B&W Tek head with a driver and sold them for hundreds of dollars, and they sold, even after I pointed out (quite publicly) that the cost was at least 10 times higher than the parts cost.

Being a binned diode will surely help getting it moving, people will pay extra for that.

My point is that I binned many of these diodes and did so for far less money than the $300.00 this guy is hoping to get.

You can bin a diode in like 10 sec. on a spec. heck if you have a known diode you can even match them off a grating sans spec

I actually responded to this thread just to get a notification next time.

I believe they are either taken from or are replacement parts for this ($600?) laser system.

Look at that little weak driver, I bet it is a very low power 532 nm laser. Cheap stuff, I would believe 40 mw, and under 2 mRad isn't much to boast about, for a DPSS laser, that isn't very tight if near 2 mRad. Many small DPSS lasers are closer to 1.5 mRad, which would be OK, I'm guessing it is closer to that than 2 mRad.

Find many great new & used options and get the best deals for Melles Griot Series 43 Omnichrome Krypton-Argon Laser System, Complete at the best online prices at eBay! Free shipping for many products!
www.ebay.com