I am still pretty new to optics and how different lenses affect beam quality and power density but it seems like this new g8's are solving a lot of the problems created by the use of other optics. I have been wanting to purchase a NUBM44 - V2 build or possibly an NDG7475 but the box artificat has been a major factor in preventing me from doing so. If the g8 lens that DTR is selling is really as capable of getting rid of the box and other artifacts then I will for sure have Lifetime17 do a NUBM44 V2 build with a g8 lens for me.

Now if I had a pair of 3 inch wide lens, one a 25cm FL lens and a one a 35cm FL lens I could hold them each over my desk top and see where the desk lamp's light comes into focus making an image of said light bulb so clear I can see the print on the light bulb like an picture on my desktop, I have done this, but a laser spot at 4 - 8mm holding a tiny lens is just not practical, I even tried it and as expected it's not practical.

Paul offered a good solution. All you wrote is irrelevant. Think like an engineer to solve that problem any problem.
Last edited: Mar 7, 2019

steve001 said:
Paul offered a good solution. All you wrote is irrelevant. Think like an engineer to solve that problem any problem.
Click to expand...

It's still not practical, it's much easier to measure the spot/bar at distance where it will be large and easy to compare against a known lens versus a tiny point a few mm from a tiny lens, your idea was.......well lets face it, it's just not practical, sorry your idea was so bad and that you choose to be so obtuse.

Granted it could be done with proper equipment, heck you could use an optical comparator, but again it's not practical.........not like focusing a lens 10 feet away and comparing against a known lens also focused 10 feet away with the same laser source, that's simple and gives you a large easy to work with measurement as well as not requiring any additional build up.

Paul even said it himself, he said IF he was going to do this on a regular basis, showing in his opinion it's not practical, not like measuring spots on the wall which is practical.

Remember steve001 you said that we were making it too difficult and that all we needed to do was bla bla bla, your premise was practicality which is relevant, so you got it wrong, on both counts.
Last edited: Mar 8, 2019
L

steve001 said:
Paul offered a good solution. All you wrote is irrelevant. Think like an engineer to solve that problem any problem.
Click to expand...

Dude, RC is correct. Its not practical. You don't have to be an engineer to see it. And BTW I am an engineer.

This was what I needed to see to sell me on this lens. Thanks for comparing the G-7 and the G-8.

Put some new pics up and will have to go about rebuilding my listings which will take a bit to add in the DTR-G-8 with the other lens options.

Tried to get some shots showing the reflection of the AR coated window but was not real successful since my camera is shifting the blue a bit but It has a interesting teal reflection for direct light and a somewhat green reflection for ambient light. 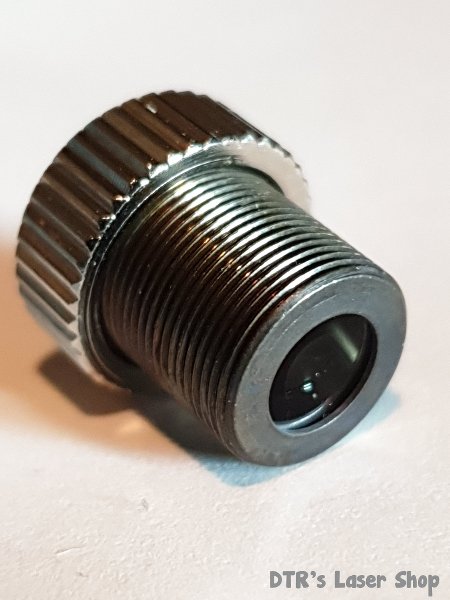 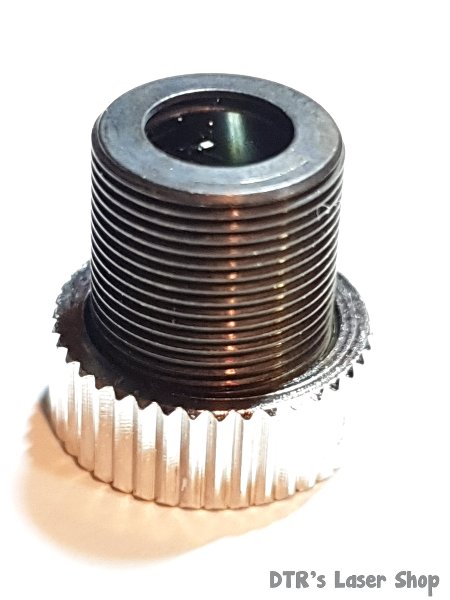 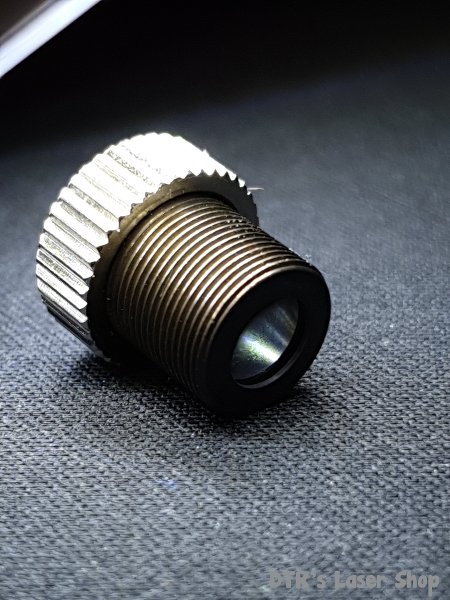 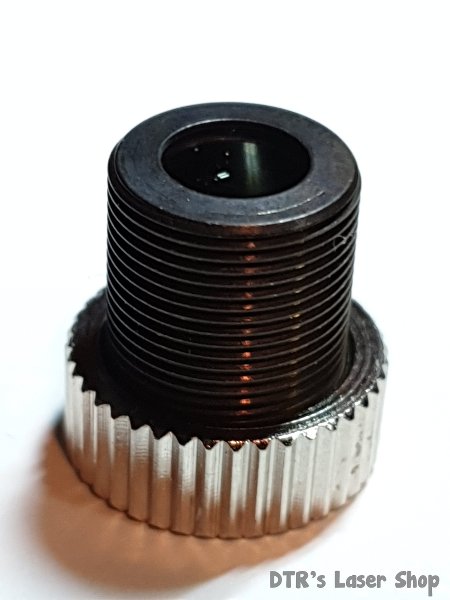 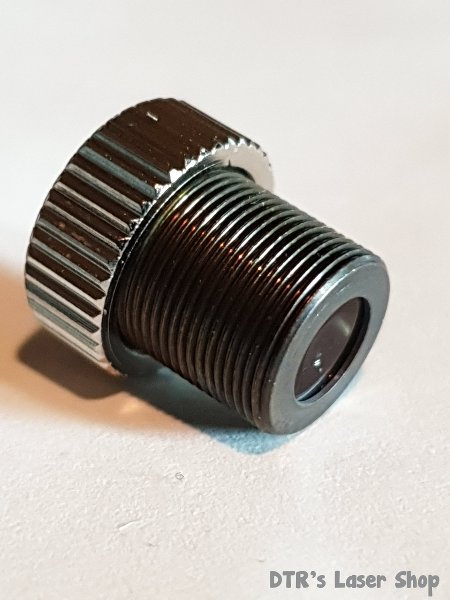 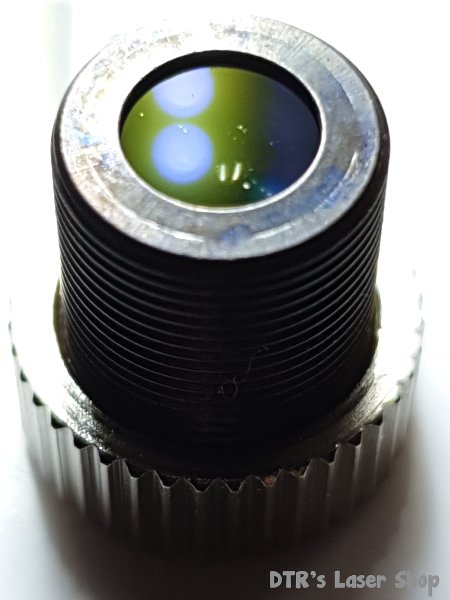 The G8 employed on a BDR-209 is giving me a well defined tight purple dot far field and that's at dusk where there's still plenty of ambient light.

Granted up close the G2 will give you a thin bright beam, but far field the G8 tightens and brightens the spot at target.

RedCowboy said:
The G8 employed on a BDR-209 is giving me a well defined tight purple dot far field
Click to expand...

I just wanted to jump in here and say that the issue with the shallow thread depth can be fixed:
This works but comes with some drawbacks:
Possible solutions:

The G7 has a thread depth problem as I have seen it and it's also a press fit/glued in arrangement which makes it difficult to service, the G8 has a seat and retainer but it's thread depth has not been any problem for me, not for BDR-209, NDB7875, NUBM44, NUGM03 or any diode yet.

If there was a problem for a specific diode, maybe one with a long pedestal that brings the emitter further forward then I would rather have Rich or someone with tooling make some copper modules with a deeper threaded cavity.

NOTE:
If you are attempting to focus to extremely short distance such as for a home CNC machine then you should use a G2

I do have threaded plates for mounting the beam expander past the lens ( had to do so when using a G7 ) but in this case it's the threads of the G8 lens barrel that's holding the adaptor and it's plenty sufficient with the G8 focused to infinity or slightly short thereof ( 10 meter zero works well ) then I do my focusing with the beam expander, but again if I wanted to work just a few mm from the lens I would use a G2, but for " off the desktop " work the G8 is the winner.

WooooHoooo new lenses! I cant wait to get a couple of these. thanks for the testing Red, and thanks Jordan for some new optics

Sorry for necroposting, but I still got the box artifact on my low wavelength 488nm diode.. It doesn't seem too different from everything else I've tried..

Hi,
Did you try an acrylic lens?

LaserRanger said:
Sorry for necroposting, but I still got the box artifact on my low wavelength 488nm diode.. It doesn't seem too different from everything else I've tried..
Click to expand...

I'm almost 100% certain the "box artifact" is caused by a reflection from the inner rim of the diode can. I say this because of noticing a ring of light around the main spot from a 405 nm diode. When a lens is put in place and the beam is infinitely focused one can see the box artifact form.
You must log in or register to reply here.
Share:
Facebook Twitter Reddit Pinterest Tumblr WhatsApp Email Share Link