I’d love to see someone bring in a bunch of diodes and optics along with mounts and a rail to a meet up and have a sort of lab for people to experiment and learn how cyl priem pairs and spatial filters and and work in ,person
S

ZRaffleticket said:
I have the full data sheets for the green and blue diodes if anyone wants them... Didn't know about the red ones though
Click to expand...

Hello pal,
Sorry if this question was asked long ago. Would you have any objections to sharing the datasheets? I googled for them but had no luck. Thanks!

sradmard said:
Hello pal,
Sorry if this question was asked long ago. Would you have any objections to sharing the datasheets? I googled for them but had no luck. Thanks!
Click to expand...

These are the two I have: 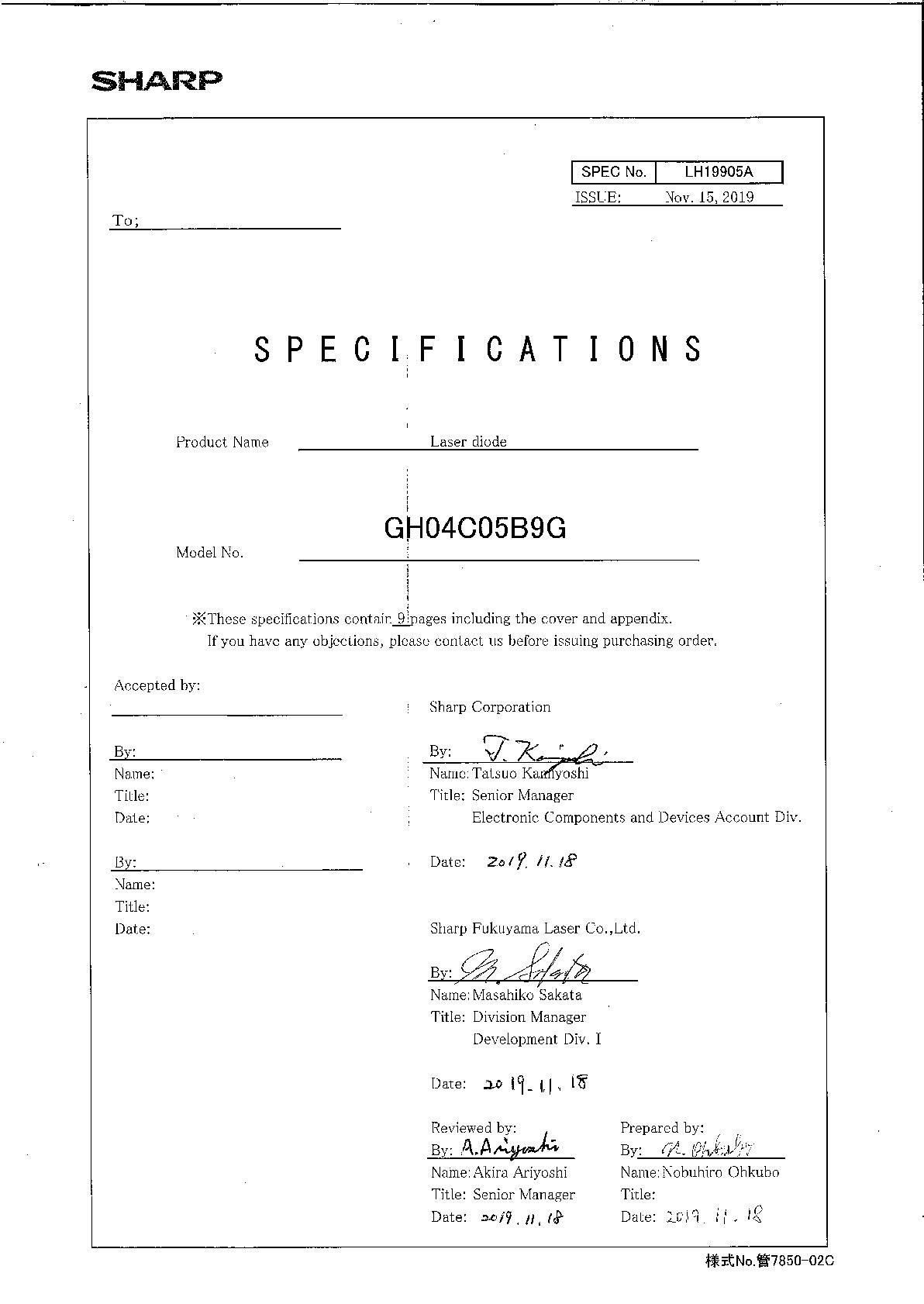 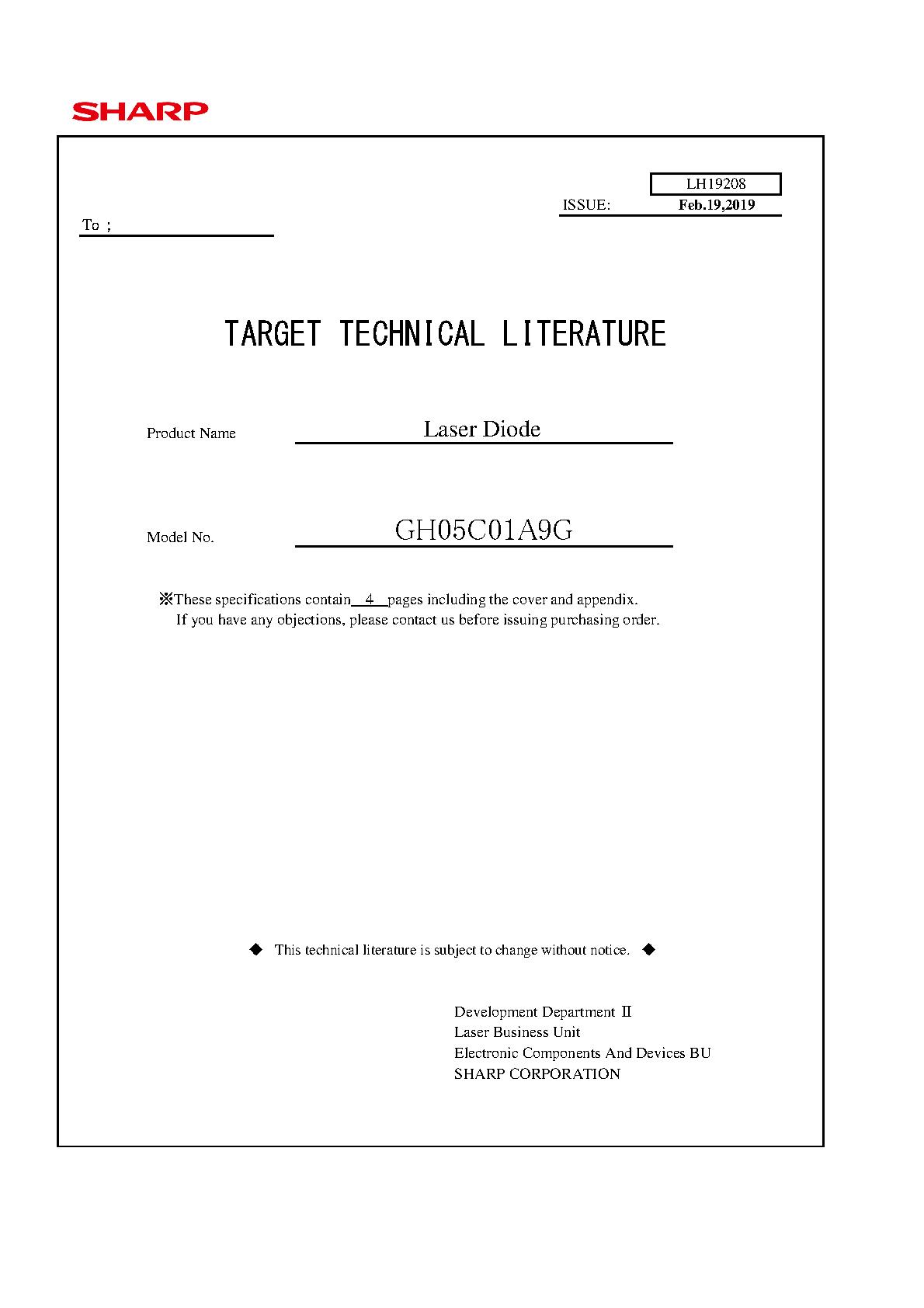 Has anyone measured the divergence of the 525 nm FAC diode before external optics? I mean the "raw" divergence of the FAC "square beam" diode.
It's too late to go down to the garage and measure it myself... but I'm looking into optics for these diodes.
K

You literally go to ebay and search FAC laser diode and it's the 1st thing to come up, I can't believe people don't at least try the obvious stuff before asking here.
S

RedCowboy said:
You literally go to ebay and search FAC laser diode and it's the 1st thing to come up, I can't believe people don't at least try the obvious stuff before asking here.
Click to expand...

Not knowing how to keyword search the web is something many do not know how to do.

The internet isn't a new thing, people should know how to do a basic search and simple trial and error will lead to search word refinements.

The package was smashed during transit but I was able to salvage one diode even though the output window was smashed and pins were pressed so hard they almost cold welded to the diode casing. (Ringo?) did immediately take care of the issue after I posted a complaint to him, kudos to him for that.

Anyway, coming from a NUGM03T that has been pushed beyond what should be possible she finally gave up the ghost. Decanned from day one it lived for almost 3 yrs. I don't recall the current, I was at a known 1.8 for a good amount of time then switched drivers, I want to say almost 3A. No LPM(sorely needed) just a variable PS and my eyes digital multimeter and a test load. It stayed like that for a year or so with extended duty cycles. Got greedy, I cranked the current a little more and I popped it. it suffered a strange slow gradual death. In hindsight, its behavior was probably the copper bond wires melting one by one then poof.

I was VERY impressed with the NUGM03T so I wasn't expecting much from the lower cost, more conservatively specced" Sharp. I'm driving mine at slightly over the recommended 1.8A at 2A. Off the bat, the first thing I noticed even without a side by side is the color change. To me it's more green...Color is weird but yeah greener. The second was the clean output, a very defined spot and its divergence are identical to that of the NDB7875 445nm using the same distance /same lens. I know the NUGM03T is supposed to have similar divergence but I swear the Sharp has it beat. Really nice divergence!

Again, nothing to give any solid power output numbers to. My eyes are happy. It burns if that helps. Lol! Unfortunately, I never connected this diode to my power supply to find its knee. I had a driver set for a known 2A and soldered it straight on. I'm willing to believe there is some more headroom in PO with this diode as I'm not wasting much heat, it's running pretty cool at 2A.

This diode is a must-have IMO. Compared to when the first 532 DPSS greens hit the market we are living sooo good, this power for this cost would have been megabucks. Can't beat that DPSS TEM00 but this is pretty good IMO.

I still remember hearing tech bloggers say once a direct green diode goes commercial we will all be having pocket projectors... Where are they???

barthchris said:
I still remember hearing tech bloggers say once a direct green diode goes commercial we will all be having pocket projectors... Where are they???
Click to expand...

Just search for PICO PROJECTORS and you will find them.

Ha! I've had access to diodes with built in correction for a decade and a half. Nice to see y'all are catching up.

5 watts RGB at several meters did what is attached, drywall.. and the 1^e spot goes quite deep. My cell can't do this justice.

As the forum software is telling me 1 Meg Jpeg attachment is too big; never mind.

CDBeam, your only half there yet on the red.

If you want a RGB show laser with this technology phone John at Technological Artisans n New York. He is the exclusive Goldenstar dealer for this technology in the US. He doesn't sell pointers. Just show lasers.

Don't bother **** *** inc. unless you want 2500 pieces per part number. You won't get anywhere without the potential of very large sale. Well beyond what this forum could put together in an annoying (for them) group buy, and they won't sample either.

I deleted the company name; thus they will not get harassed. . DTR knows how to reach me, if he feels he can swing a 2500 part order.