7875 is discontinued IINM
The reason I asked is because they brag about the Blu-kor being precisley aligned beams so I wondered if they were something special, maybe some low divergence window can array although that's likely just wishful thinking, but the 4 x 4 array drawing could be representative of the actual units.......maybe a pair of nubm05/06/08 blocks .....not that I would harvest one for a pair of Gball blocks. 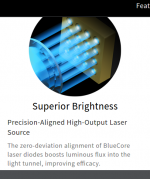 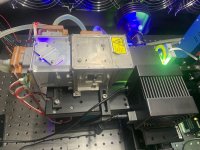 Junkers said:
The alignment does look better than the NUBM08 block I had. Do you think they are genuine units? I'm in two minds about making a knife edging set for the NUBM08 block. I'm curious to know how smaller spot I can achieve with the right setup and whether it'll be useful for cutting/printing. My fear is it might all be vain if the separate beams are superimposed and deconstructively interfere .

I've since picked up some standard galv sheet steel and found much the same as you. Infact I couldn't even make a mark against the surface at 47W. I'm not sure how much to attribute to the galvanized coating, it's reflective finish, or thermal conductance but either way it's a no go. I did try sanding it and still I couldn't feel heat in the work piece. I've also tried to melt solid Aluminium and Brass with no success but that isn't surprising. Their respective powders seem to respond well but if you can't heat up the substrate then it isn't of much value.

I did manage to piece together a makeshift beam profiler. I need to source a CCD camera with a known module. Right now I don't know the pixel pitch so I can only make relative measurements. It does illustrate you can make a roundish spot though, albeit pretty far from Gaussian.

Hi I am new to lasing, I'm trying to learn more about it for my field of study in EE. What are your axis's in the graphs referencing?

Intensity. Those are beam profiles.
J

tumieengineering said:
Hi I am new to lasing, I'm trying to learn more about it for my field of study in EE. What are your axis's in the graphs referencing?
Click to expand...

Each axis corresponds to the intensity vs displacement. The closer to a gaussian bell curve the better. I wouldn't pay too much attention to those graphs though as the region of interest can't be changed with the open source beam profiler software I'm using (it has bugs). You can see on the Y axis half of the graph is just a straight line. The ROI should be centered in the red area and encompass the majority of the beam. The physical units (0 - 300) reference the pixels.
Last edited: Oct 29, 2020
J

Thought I would share what I've been doing with my nubm31, laser pointing of a different kind. I managed to get this up and running last night so I'm fairly pleased. I was only running the laser at around 50% power, testing various speeds. I'm pretty pleased with the outcome for a first attempt though, particularly the last line.

BTW for those who is looking for cheap and decent driver for these MDP (multi-dye packages) like 31T and 34T. 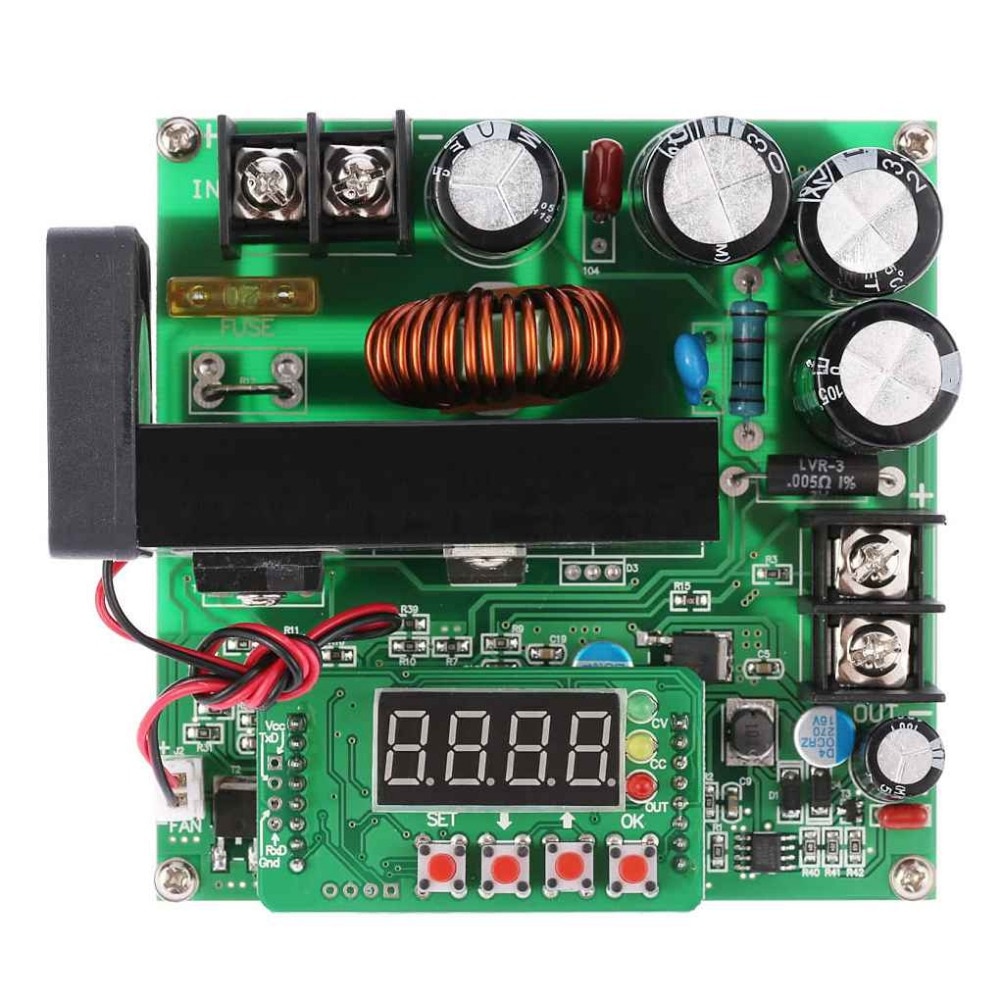 The 600W one was real piece of shit, the current could not even reach 2A, but the 900W one was working well and it looks that it can make 3A even with 2 of these 31T chips in parallel (not tried yet).

I aso have tried Indium foil in place of Arctic Silver with NUBM08 block like Styro did on his YT video with 31T, but with all 3 thicknesses I tried (0.03mm, 0.1mm and 0.3mm) the block after 1-2 min was 10ºC warmer than while using Arctic Silver on the same heatsink.
L

I am still trying to get a decent beam out of this MDP. Alaskan wrote that to tame beams one can use a beam expander. Me too do not see any other way as simple as that, even if it cannot allow you to obtain perfect parallel beams this would at least make possible to focus the beams at longer distances. Here I made such a focusing expander in order to focus the beams at least at 5m into a spot with high energy density. Seeing the size of the beams pack from 31T (outer axes separation is 18x14mm) one needs to have a very big convex lens where 5-6x expanded pack woud fit in.
The biggest AR coated PCC lens from optical glass which I could find on ebay was one with 145mm diameter and f=385. Having PCV from Thorlabs with f=-75, the expansion ratio here should be 5.1x.

I made a holding rack for all this stuff and here you see the difference: the spot 50x50 on the wall 5m away when no expander is used becomes something between 10x10 and 15x15mm, so the real expansion is a little less than the theoretical but the principle works.

And one can see that even such a huge lens was still not as big as needed: edge parts of outer beams fell on the holder and did not pass through.
I have done all these trials at 0.5A current, but for couple of seconds I put 5A by mistake, now the ruler is melted a little...

Another experiment I did was with big cylindrical lenses: I had the big convex with f=76mm, so I bought a big enough concave to fit all the pack of beams from NUBM31.
Thorlabs had one with dimentions 40x20 and f = -30mm.
So the expansion ratio here would be 2.5x

But this method did not give good focused spot, on the pictures you can see that the spot at 5m with these mega-cylindricals looks just as big as without them.
The reason for that must be aberration: if the distance bw lenses is slightly different, the 3 central columns focus well on the same line but the 2 external columns go far to the sides because they pass through the lenses too far from the lens centers.