So I often wanted one of jays key chain builds, but I always had some coal in a fire. After slough of BIG SCARY lasers, I was at a Lowes for some reason and in a random corner seen jays mini key chains:drool: I was like OHHH man so I bought a few... 4 to be exact.

I also purchased some VERY small mag looking host with a aspherical lens on it that I already put a Q5 LED in it, but thats another thread as I'm working on a possible XM L2 U2 in a build using that same host.


So Here Is My Twist To Jays Mini

Here is the first thing that I came up with to both be different than jay, hence the twist, and I prefer the behind the top for orientation of the module

I used a lathe to turn the copper module down to the host's head diameter.

Nice and snug. I had to leave some room for screwing the top of the host on so the module would not turn with it twisting the wires. I tapped it for M3 set screws. I had to put on one each side so that centering of the module was possible, not that it was a huge issue, but some would have noticed even thought we are talking millimeters.

Using lazeerer's awesome X-boost super-mini:wave::wave::wave:. I set the M-140 to 364mA. I realize that this will only give me 15 to 20min run time I'm fine with that this is not my only laser, as a matter of fact this one has a brother YES! I also have a 12x set to 240mA in another key chain mini.

I got a total of 424mA for total battery draw so I'm really happy with the performance of this driver:bowdown:.

I will update this post with the 12x next to it I had to use 4 set scews for that unit, but it looks cool with them and it keeps it from rolling around I had thought to sand them flush and I might still do that. I will hopefully get some time soon for LPM. I have always made these threads then updated them when I have a chance. Any questions just ask. Thank you for looking and have a great day.​
P.S. Thanks again jay for your inspiration and great tutorials I hope you like this one. -jander6442

This looks great!!! I am jealous of you lot with your lathes and such! I now have a bug to get a keychain sized powerful laser....

I really like those keychains, they'll stick to you in every walk of life !! :wave:

Congrats on the awesome build and X-Boosts Super Mini , thats what i'm talking about! :beer:

Nice build as usual... I think little key chain lasers would make much better EDC's, now I just need to get round to building some myself! Thanks for the inspiration! +1 :beer:
Last edited: Mar 8, 2013

Great stuff! I love the keychain lasers, going to have to try and a 445nm make one for myself soon. The small builds are always the hardest.

Hey thanks everyone for the kind words. I will get those LPM numbers up along with pics of my 12x mini man that sucker is a wicked little burner sting the snot out of ya, with some thermal grease around the copper module and 240mA for setting I suspect it will have a long happy life.

Any chance of a photo of the laser next to a ruler? What sort of duty cycle do you get? I love it man! 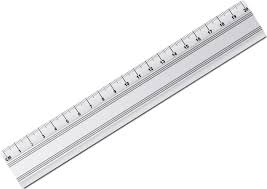