I know some members here machine their own stuff. If you were going to work with material with a max size of about 4" diameter and 18" long, what would you recommend? If I get one, copper and aluminum would probably be what I work with the most. I might try working with nickel at some point.

Me too, I've had a keen interest in a good lathe too, for use with 4 inch and perhaps up to 5 inches diameter aluminum rod. I would like a medium to high end lathe for hobby use, but no clue what to get, either CNC or manual.

Hello,
I would buy a mechanic lathe.
otherwise you have a new hobby and no Time left for Laser

I think you are correct on that, a steep learning curve for CNC.

The problem depends on the area you can place the lathe on, the small lathes can accommodate 10cm diameter
A manual lathe will be much cheaper than a CNC lathe
Alaskan,I 'm sure you will like them, haha

I have lots of room but cannot buy a full sized lathe, however my desire to be able to turn 4 inch or larger diameter material may preclude having a smaller one.

To do work on larger diameters....such as the Cyan Cannon or Chartreuse Coruscation....I have paid a machinist to machine the end sockets !!

A mechanic lathe is fine. What helps alot are a frequency converter and a DRO for minimum two axis

Well...Yes....A Frequency Control for adjustable speed would be welcome !!! My Micro Lathe....

This HiTorque 7x16 Mini Lathe has the most power and the most torque in its class. Shop this powerful mini lathe for sale at LittleMachineShop today!
littlemachineshop.com
…... has variable speed.

I DO use the Speed Controller...from time to time !!! I suppose switching belts around would be OK....Not as convenient….but OK ?

SO....how much does a Frequency Converter cost ????

I have thought about this....IF I ever get a bigger Lathe !!!

This company, (Precision Mathews) has a decent range of lathes, from quality hobby grade on up.

A DRO is good option if you can afford the extra cost, I've found that if you can find a particular model with the DRO already attached, it is usually a bit less expensive than buying one on your own, and then having to install it.

A three and four jaw chuck is always good to have, but in my opinion, I'd add a collet chuck with a set of collets; they tend to hold the work piece more securely with much less chance of marking, and they work very well when you only have a small amount to hold on to. They also tend to run truer (less run out).

I would also look for something with as many speeds as possible, eight minimum, twelve or more is even better.
I've found that you can find FC's standard on the smaller hobby lathes, but anything bigger and you get a gearbox with a set number of speeds. You can always add one to a standard lathe if want.

PS - As was mentioned previously, you wouldn't want a CNC lathe for one off type work.

OK on the CNC idea, I can see what you mean, I just thought it would be more accurate than what I could do manually, but to start, why spend that kind of money. I imagine, CNC for large diameters are more spendy too. Hoping to see more recommendations coming, thanks.

Might I make a radical suggestion. Don’t buy anything. Draw the part in a cad package and have it made for you. I use a place called shapeways. The do metal. It’s not cheap but it’s perfect and I don’t need to do it that often.

Building the Laser is part of the fun

Have my eye on these, you want a lathe and a mill. 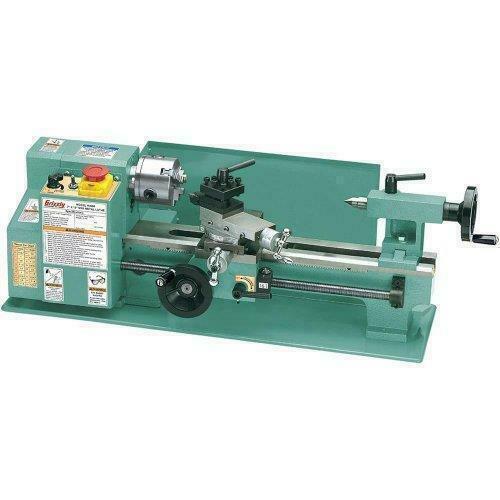 Find many great new & used options and get the best deals for Grizzly G8688 Mini Metal Lathe 7 x 12 in at the best online prices at eBay! Free shipping for many products!
www.ebay.com

Find many great new & used options and get the best deals for Grizzly G0619 6" x 21" 1 HP Mill / Drill at the best online prices at eBay! Free shipping for many products!
www.ebay.com


However for a start you should get a drill press and a cross vise which wont cost much, maybe find a inexpensive used lathe with some tooling. 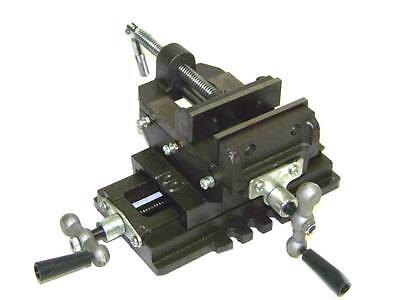