Only a brief article but worth sharing I thought. Orange laser diodes are becoming a reality at room temperature using AlGaInP. Won't be long and we'll be seeing true yellow laser diodes also.
I wonder how long it will be before companies like Sharp get their hands on these?

Anyway, the wavelengths generated at the moment are 599 and 605nm.


Here is the article: https://www.laserfocusworld.com/articles/2018/05/vi-systems-develops-novel-yellow-laser-diode-emitting-at-599-to-605-nm.html 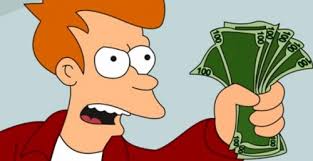 Addendum:
There is a link to an article buried somewhere on the forum that describes the development of these laser diodes by a Russian team (IIRC).

It's interesting that only now are these diodes being developed. The semiconductor material has been used for many years so I wonder if there just wasn't an incentive to try for shorter wavelengths or if the techniques were just not available until now.

What material is used in the 505-520nm diodes? is it InGaN like the blues?
I remember when the 405nm diodes first hit the market. It's cool to see how far the lasing spectrum for this material has been stretched.

I also subscribe to Laser Focus World, so I caught this article too. It remains to be seen if these come out in numbers that will be affordable to us here, though. I never start collecting money in anticipation of a new diode until it is here. Too many disappointments. Thanks for sharing it here, Curtis.

I also receive the Laser Focus World magazines, however I think I have the last four issues unopened in a corner somewhere..

AlGaInP is the same material used for most 638nm diodes too.

It's nice to see the development of orange/yellow laser diodes, though I think most of us are mostly interested in commercial LD productions that are not $$$$ etc.

I would love to see a direct diode yellow. But, in the meantime it is nice to have these 575nm DPSS lasers so inexpensive from China for now. I am waiting for the higher power 575nm lasers that are supposed to be offered for sale very soon.

Its exciting that those DPSS’s came into our hands. That’s two major parts of the spectrum recently that have seen not only easily available lasers, but also for cheap. The whole cyan spectrum is now covered by diodes, and we are getting similar coverage with dpss for yellow now. When diodes come around we’ll be able to say the same for the yellow/orange part of the spectrum.

Addendum:
There is a link to an article buried somewhere on the forum that describes the development of these laser diodes by a Russian team (IIRC).

It's interesting that only now are these diodes being developed. The semiconductor material has been used for many years so I wonder if there just wasn't an incentive to try for shorter wavelengths or if the techniques were just not available until now.

What material is used in the 505-520nm diodes? is it InGaN like the blues?
I remember when the 405nm diodes first hit the market. It's cool to see how far the lasing spectrum for this material has been stretched.
Click to expand...

I remember the first time hearing of a violet laser diode demonstrated at a laser tech convention about 18 years ago. It was in a pen type pointer as I recall. Developed by the same Japanese man and his team whom created first blue leds. So, I win. ;-)
Last edited: Jun 1, 2018

I wonder if they will be able to make broadband diodes that are say piezo tuned. Vary a voltage to change the cavity properties and coating wavelength. One diode to rule them all. The orange range seems to be the last hole
Last edited: Jun 1, 2018

This site can’t be reached
www.laserfocusworld.com’s server IP address could not be found.

Just me? Rip my intrigue.

I can link the site just fine. You could also just subscribe to Laser Focus World.

Sorry for the delay Phenomite. I'm not too sure what's happening there. It works for me as I made sure of it before I posted the thread.

But for your reference I'll quote it for you.

For laser diodes (LDs) emitting in the visible spectrum, there has always existed a spectral gap in the yellow-orange region where room-temperature LD semiconductor materials can't be made to emit. This has now changed: researchers at VI Systems (Berlin, Germany), along with others from St. Petersburg Academic University and Ioffe Institute (both in St. Petersburg, Russia), Peter Grünberg Institut (Jülich, Germany), and CEMES–CNRS (Toulouse, France) have developed an LD that intrinsically emits in the yellow-orange spectral range from 599 to 605 nm wavelengths at room temperature in a laboratory environment.

The device emits a narrow beam in the vertical direction (fast axis) with a full width at half maximum (FWHM) of 24°. A total of 0.8 W optical output power in pulsed mode operation was realized for a laser with a 1 mm cavity length and 50 µm stripe width, being limited by the catastrophic optical damage of unpassivated uncoated mirrors.

Today, commercially available LD devices in this spectral range are based exclusively on frequency doubling of the laser light from an infrared laser diode by means of a nonlinear crystal.

The new LDs are based on aluminum gallium indium phosphide [(AlxGa1–x)0.5In0.5P] on GaAs substrates.

Amazing how light wavelengths are being applied to medicine and industry.

It sure is Chris.
S

Some detailed info. To read more copy paste the title and web search. Can't link this pdf via moblie.

Vol. 26, No. 11 | 28 May 2018 | OPTICS EXPRESS 13987
35. M. V. Maximov, Yu. M. Shernyakov, I. I. Novikov, S. M. Kuznetsov, L. Ya. Karachinsky, N. Yu. Gordeev, V.
P. Kalosha, V. A. Shchukin, and N. N. Ledentsov, “High–Performance 640–nm–Range GaInP–AlGaInP Lasers Based on the Longitudinal Photonic Bandgap Crystal with Narrow Vertical Beam Divergence,” IEEE J. Quantum Electron. 41(11), 1341–1348 (2005).
36. Zh. Deng, J. Ning, R. Wang, Zh. Su, Sh. Xu, Zh. Xing, Sh. Lu, J. Dong, and H. Yang, “Influence of temperature and reverse bias on photocurrent spectrum and supra–bandgap spectral response of monolithic GaInP/GaAs double–junction solar cell,” Front. Optoelectron. 9(2), 306–311 (2016).
1. Introduction
A variety of modern applications requires compact low–cost wavelength–adjustable or wavelength–tunable coherent light sources emitting in the deep green, yellow and bright red spectral ranges. One class of applications is related to three–dimensional (3D) laser displays, for example, based on Wavelength Multiplex Technology [1], laser–illuminated glasses for augmented or virtual reality [2] and laser–based systems with wavelength–sensitive focal lengths for generating glass–free 3D images [3]. In particular, bright red and yellow–orange (< 620 nm) multi–wavelength lasers are needed. Yellow–orange light sources are needed in dermatology [3], biophotonics [4], photomedicine [5], confocal fluorescence microscopy [6] and other bio–medical applications. Commercially available lasers of this spectral range are mostly based on frequency doubling of the laser light from an infrared laser diode by means of a nonlinear crystal [7]. The devices are complex and bulky and the wavelength adjustment is limited to only a few selected wavelengths [8, 9].
InGaAlP–based laser diodes were considered as promising candidates [10–13] for providing emission in bright–red to yellow–orange spectral range. Indeed, lasing emission in the yellow spectral range was demonstrated at 77 K [14, 15]. However, the threshold current density was too high (~6 kA/cm2) even at low temperature making such devices not suitable for practical applications. More recently injection lasing at 555 nm at 77 K [16] was reported applying 16–fold stacked ultrathin (1.4 nm) In0.5Ga0.5P insertions separated by (Al0.5Ga0.5)0.5In0.5P 4 nm–thick barrier layers. The lasing was observed in narrow stripe (7 μm) devices and the highest operation temperature was 150 K in the pulsed mode. However, no information was provided on the substrate orientation, the compositions and thicknesses of the cladding layers used for the optical and electron confinement, the cavity length and facet coating. Recently, it was reported that (In,Ga,Al)P light–emitting diodes grown on high– index GaAs substrates inclined from (100) towards <111>–crystallographic direction and containing tensile strained ultrathin GaP insertions showed an improved intensity of the electroluminescence at room temperature in the green spectral range of ~568 nm [19] as compared to (100)–grown devices [17, 18]. The effect was attributed to the enhanced barrier heights in the conduction band for ultrathin tensile strained GaP barriers formed on surfaces close to the (111) GaAs orientation. To reach room–temperature lasing in (In,Ga,Al)P system, different variations of the structures and of the active medium were applied. Multiple compressively strained AlGaInP quantum well (QW) structure [20] and single tensile strained AlGaInP QW [21] allowed reaching continuous wave (CW) lasing at 615 nm. Using a single compressively strained GaInP QW [22] resulted in lasing in the pulsed mode at 614 nm in broad area devices. In the recent review [23] it was emphasized that 615 nm is in the shortest wavelength–range at which room–temperature lasing was reported for (In,Ga,Al)P–GaAs edge–emitting lasers. Same wavelength limitation was reported for vertical–cavity surface– emitting lasers [24]. Very recently injection lasing at 608 nm was achieved at room temperature in laser structures subjected to high–temperature strain–induced intermixing [25]. We note that the possibility to realize room temperature lasing in the yellow spectral range (586 nm) by optical pumping was demonstrated already in 1994 [12], once efficient heat dissipation could be provided. In the present paper we demonstrate a further significant advance towards yellow and green spectral range allowing 600 nm lasing wavelength in broad area devices.
Last edited: Jun 5, 2018
You must log in or register to reply here.
Share:
Facebook Twitter Reddit Pinterest Tumblr WhatsApp Email Share Link