Post your pics of unique builds no-one else has

Thought it would be interesting to start a thread on unique hosts that we have made that it's very unlikely anyone else has built. I am always trying to come up with new cool things to build in and have made quite a few that I have never seen anyone else do. If we all pitch in and post pics of them we can come up with new ideas or copy what we like. Cost has nothing to do with what you post. Could have been free to a million bucks and can certainly also include ones that someone else built for you. Up to you whether you feel like showing a beam-shot or not
Feel free to post whatever you think is unique that you own and even what is awaiting pieces/parts to complete your builds. I've put together quite a few hosts by combining pieces parts from different hosts. When I get tired of a flashlight it's always a candidate for some build fun. Good idea to keep those spare or leftover parts as you never know what you can combine to make that next awesome laser
THIS IS NOT THE PMAN SHOW! Love what you guys do!
Here's a few pics to get started. I'll add some here and there as others post.

As a reminder, if you notice any numbers from a label that is the max output. Anything in yellow is 100mW or above although I label some lasers that aren't black with a clear label with black lettering and that could be any mW rating. 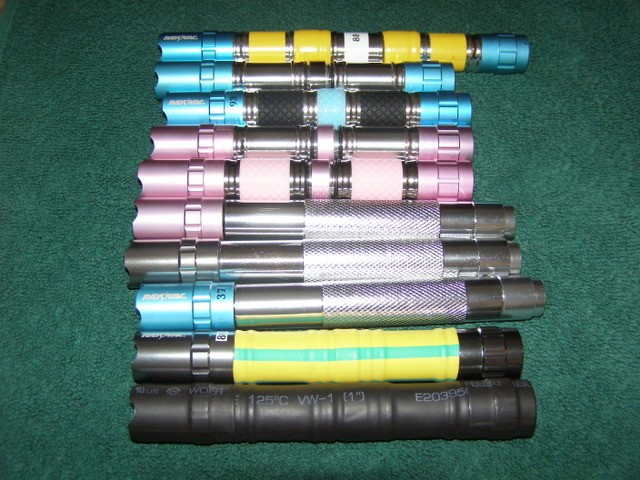 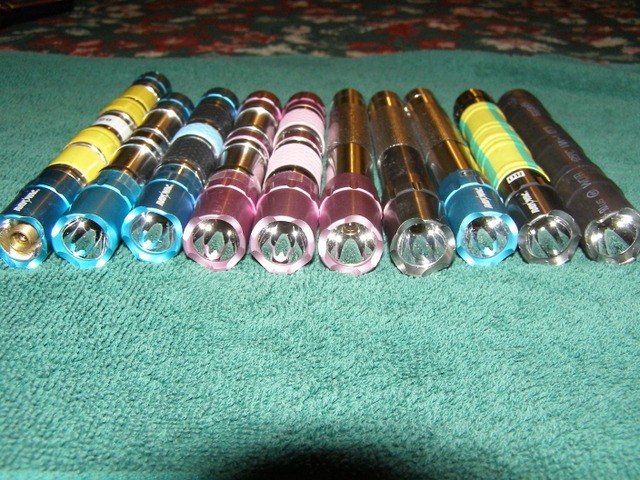 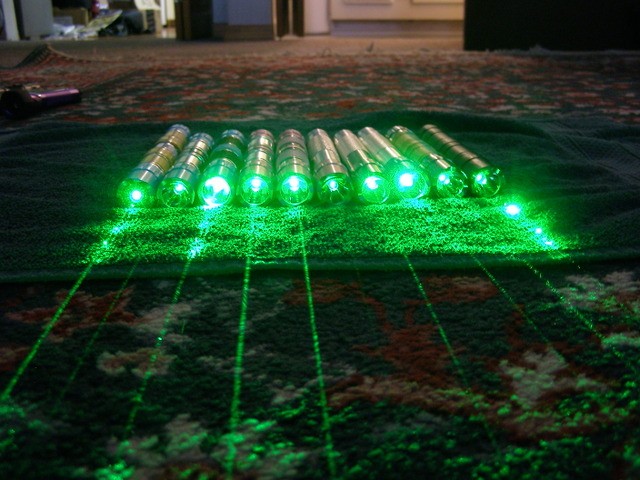 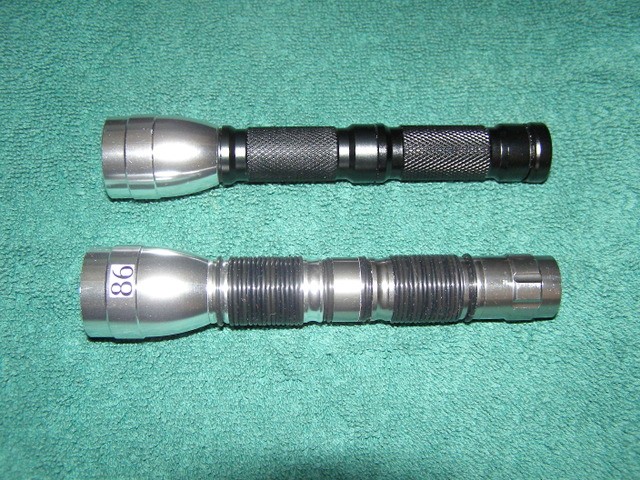 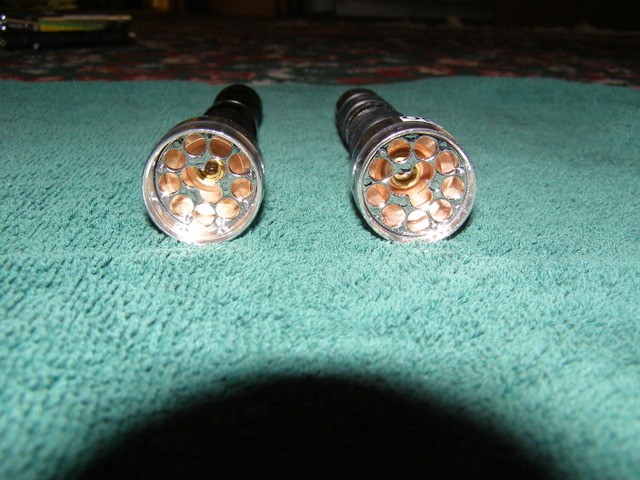 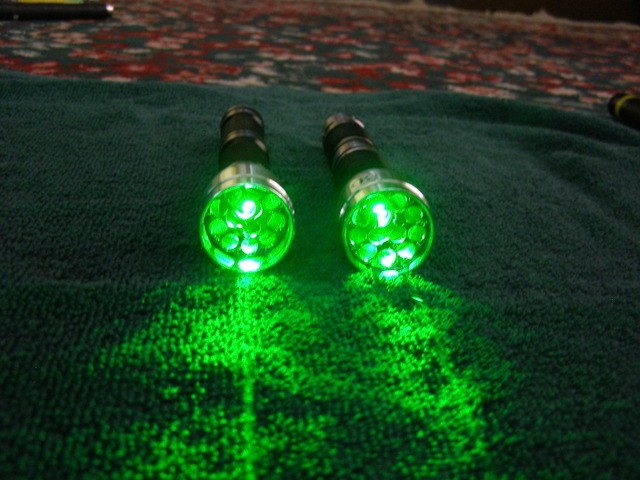 These are maglites that I purchased rear push buttons for. 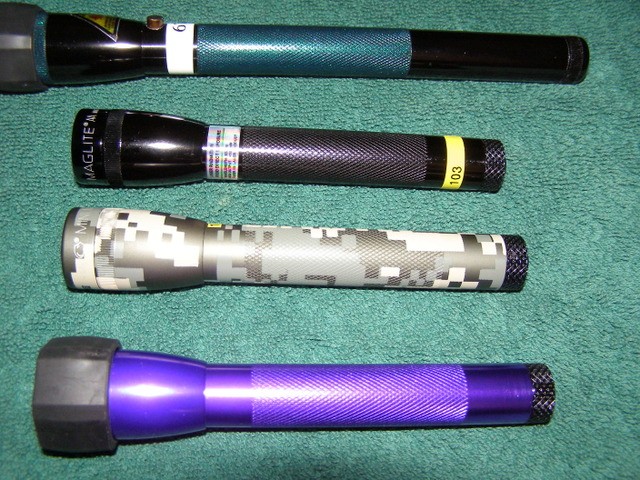 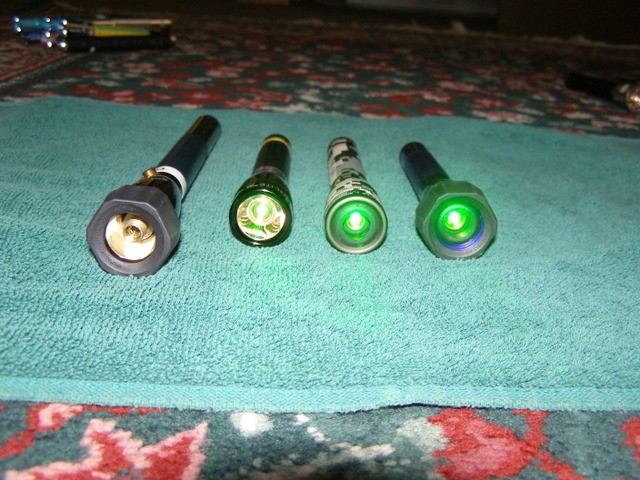 Awaiting some kind of build: 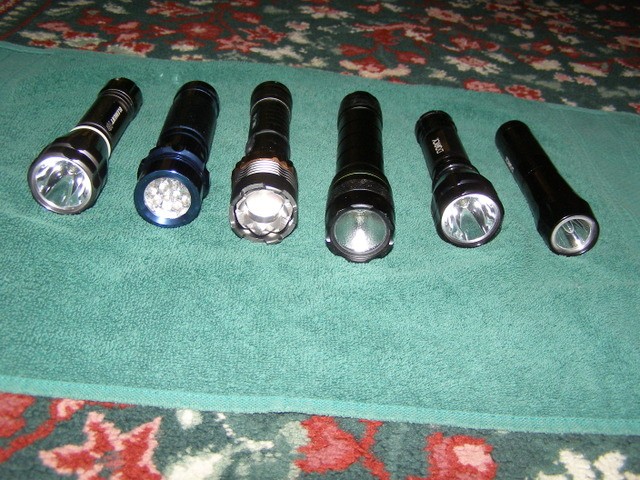 Don't know if anyone else does this but here's the cut down cheapo pens I have made (most of which I also made focusable). Not hard to cut them down and use a 10440. 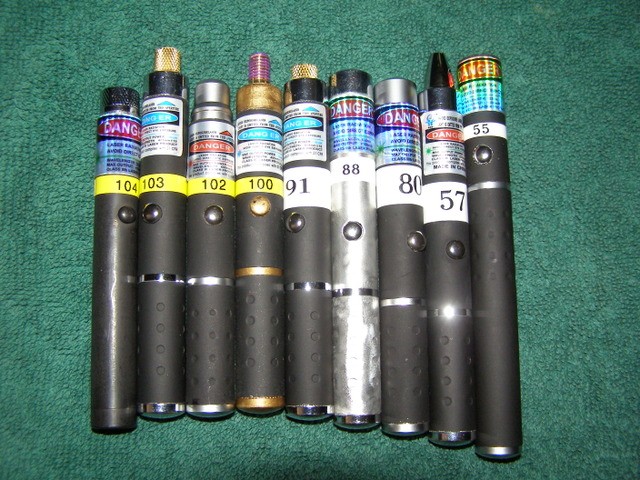 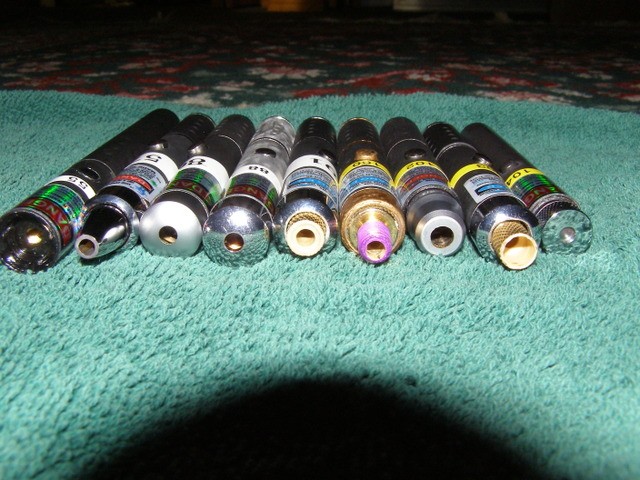 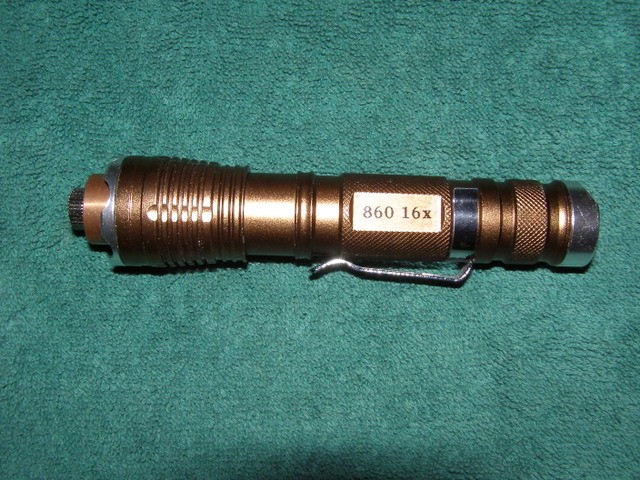 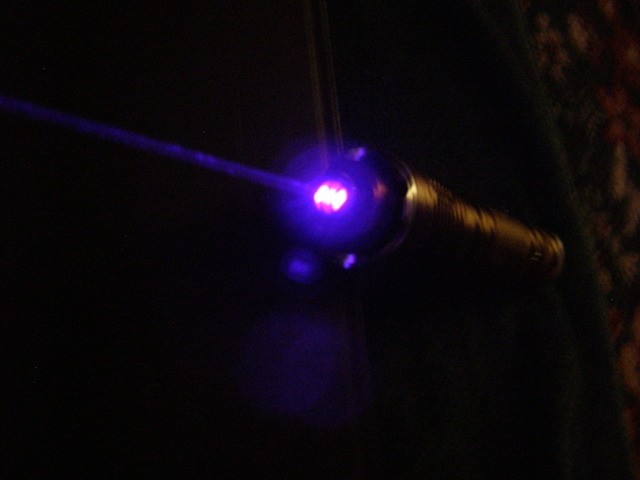 Are we allowed to post pics of unique builds
we have sold to someone else?

Thanks TO but hang onto your hat as there's WAY more than what you have seen me post so far. I've got some weird stuff and some cool stuff and everything in-between lol
Remember that this is about all of us regardless of how many units. I'm totally serious about everyone posting whether you have 1 or 300. Not a contest. Totally serious. Don't care if I get any REP for any of this or not. Doesn't mean people can't REP if they want, it's just my motivation isn't to get REP is all. Let's share and see what kind of things we can put together and we will all win.
Absolutely LS. Don't care about that. If you think it is likely to be unique or even just a couple exist then let's see it
AT some point I'm hoping a certain VET will post something he shared with the vets as it's fantastic in my opinion but that is COMPLETELY up to him and I won't say anymore about it.

By the way, AA maglites come in lots of colors and you can get the push button tail caps at Home Depot (or online of course). Just buy the cheap AA ones with the old style crappy bulb.

I would post some of mine, but im stuck in Vegas! Flight got cancelled- suppose its not the worst place to be stuck

Hopefully people will see this thread- I know there are a lot more builds then what are shared publicly. Pelase though, no C6's

Fine with me LS as long as it's something no-one else has or is very rare.

Yea, keyword here is "unique." I know there are some cool builds out there!

No one laugh, ok?
Just when I was getting into lasers, my first build.
Any neg reps and I cry.

Lasers in tins certainly aren't unique, but I haven't seen any others in "Eclipse" mints tins.

Here's another one. This is the Roche F12 in the "Desert Yellow" color.

This one gets me every time:crackup:. There are others I just need to remember them.

That's cool!
The big question is, does it need to be refrigerated! :crackup:

BowtieGuy said:
That's cool!
The big question is, does it need to be refrigerated! :crackup:

Great stuff here Why do I have this terrible desire to post my Viagra pen laser....

It takes awhile to turn on but then it can laze a VERY LONG time. I have to remove the batteries after 4 hours though or risk permanent damage and I don't think I could live with that 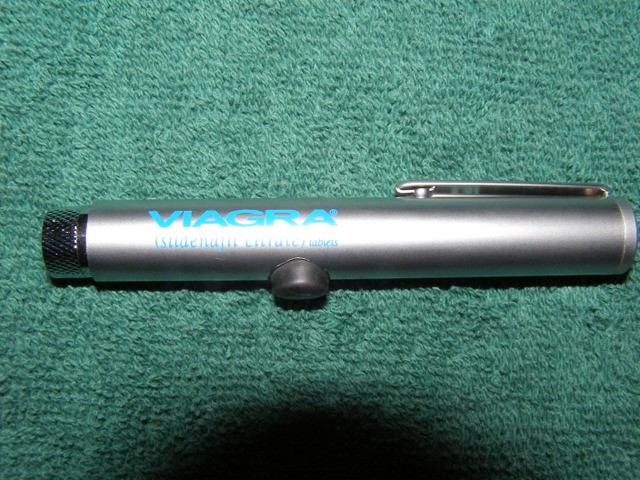 Jander, that 411nm one is sick! Love the clear window
I followed the mustard build link and found that most of those members who commented I've never heard of.

Ummm yeah, that was shrink tubing lol. I tried to turn it inside out but couldn't so it looks especially silly. Actually I get paid for advertising that brand of shrink tube lol

I have that one in your last pic BTG but unless someone else claims to have one too I would say it's rare. Mine just has a 5V Fasttech 532nm in it (like a ton of them do) but it does have the strongest one I've ever gotten and it's very stable somehow. 141mW. Here's a pic of the front. What I do a lot of the time is make the hole in the reflector large enough for the tip of the module to stick through. It makes the front kind of glow because of the reflections and seem much brighter. Yours front end looks way more professional to me. Any chance you could add a pic of just the front? Is it focus-able? Mine isn't. At the time I was making all of these I was still working and would come home and build like crazy to help get my mind off my kidney pain. I was a monster builder back then. Hey, it helped and I had the $ to buy all kinds of cheap hosts. Fasttech and I were "tight" lol. I bought 2 of them at the time and one is sitting on my shelf with the other flashlights. 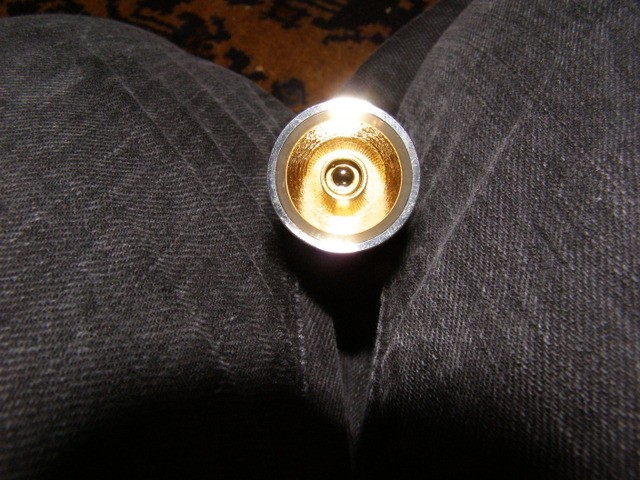 This is obviously a different one but the same general look and yes those white hairs are our all white cat who likes to shed them EVERYWHERE. Impossible to clean them all up.
Love yellow on black. I was extremely careful when doing the stripes but it's just label tape. Looks just as good in person though. 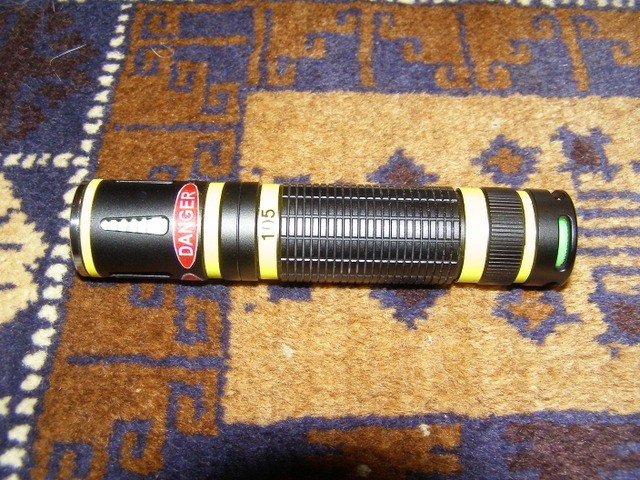 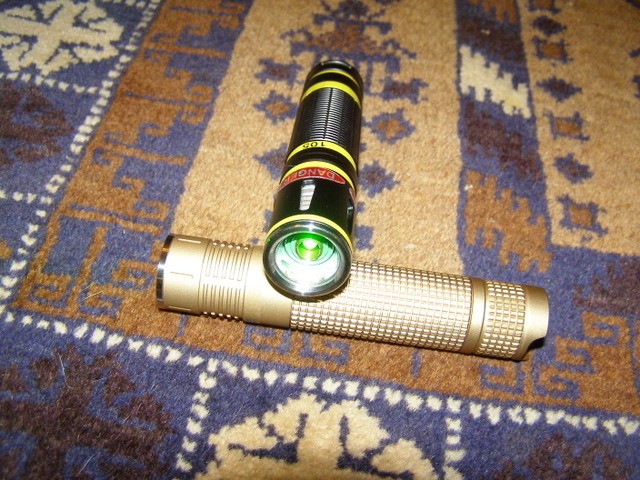 K, I lied. The truth is this guy makes them at night for me 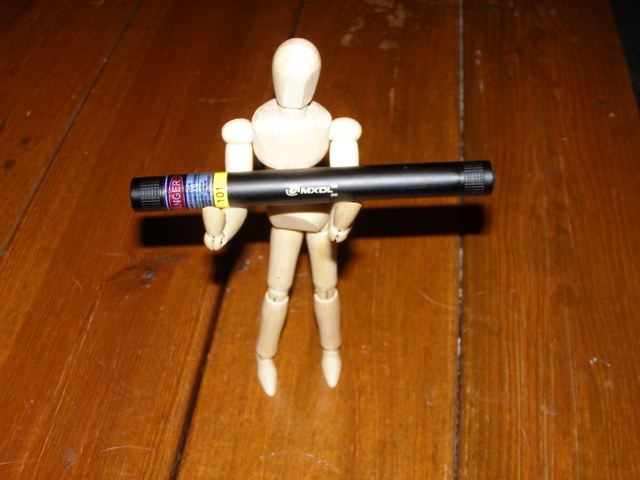 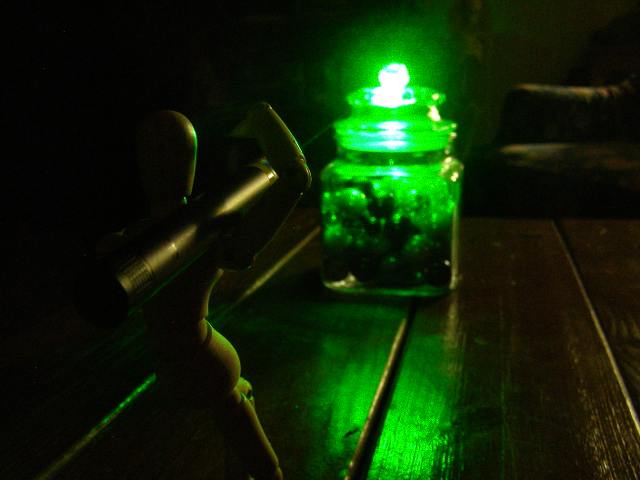