Anybody got a spare G8?

Apparently chinesium AR coatings don't like solvents so my 480 build is out of a lens and the box reflection with a G2 is just unacceptable...

Oh and also a small update: Parts have been ordered for the now 2.4A boost prototyping run (FYI the base design hasn't changed, just the inductor I was planning to use is out of stock for the near future so I had to go with a 3A inductor although with its higher inductance it will make the driver overall more stable at high currents you can still run the driver at 3A but it will not be at all efficient, 2.4A will be fine.)

You can't order them from a vendor now?

Alaskan said:
You can't order them from a vendor now?
Click to expand...

No, it's just that I spend most of my spare money on the components and boards for the 2 boosts, and shipping costs from America currently suck...

Alaskan said:
I sent all of mine to CDBEAM777 for a build, but word is these are low loss for a three element: 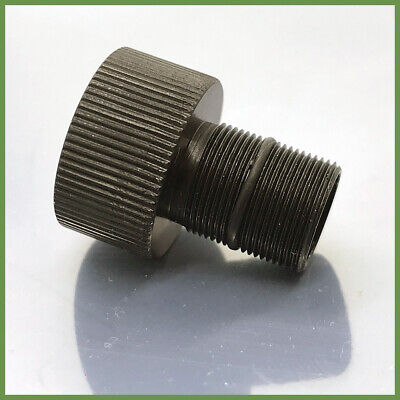 I see I'll give those a shot. I'll run acrylic till they arrive, Hope they take care of the box reflection from my 480 well.

I believe I read a post some time back for that diode, the acrylic is superior to other lenses. I think Paul posted that info.

Alaskan said:
I believe I read a post some time back for that diode, the acrylic is superior to other lenses. I think Paul posted that info.
Click to expand...

No see this is a special little zombie, Originally a double peak 488 with one peak at 480 and one at 495 that I somehow managed to kill 1 peak off and it was the 495 peak with overcurrent. That somehow kept the 480 peak alive and lasing at 40-50mw and also changed the output beam shape and the size of the box reflection.
Thats theory one of what happened
Theory 2 is that with the overcurrent at 500mA it managed to change the space between the junctions and the shape of the die which is far more likely. Posting pics below:

I've never seen that happen before, I had a 07E fail to where the output was less than a watt and a thin dark stripe in the middle, but nothing like that. Since I started writing about that diode, for newbies I better mention that they usually have fairly short lives, once the gball is removed and the diode is open to the air. We've had discussions of filling with inert air by using a heavier than air gas in a bucket or something, then sealing the end/lens using Teflon tape etc. That was one of CDBEAM's ideas.

Note: I deleted my post about the G9, I had mistaken it with the G8 offered by techhood on ebay, his G8 has been reported to be lower loss than others.
Last edited: Nov 2, 2020

Hi G,
If you want a G8 I have some , can you pay for shipping?
Rich

How much is shipping? And thanks for the offer, Rich.

Lifetime17 said:
Hi G I will check at the post office to your destination 1st class mail or priority it’s your choice
Click to expand...

Cheapest option please! Saving up cash for the 400mA boost prototyping run, Zenodilodon should be a happy man, so many drivers for testing he will get!

techhood on ebay sells them too, no shipping cost but long delivery time is the obvious trade-off

I just received some from Techhood, and I'm overseas where the shipping takes a week to ten days longer than it does for most of you in the USA as it first goes to the states, them back out to me over seas. Took 3 weeks.
You must log in or register to reply here.
Share:
Facebook Twitter Reddit Pinterest Tumblr WhatsApp Email Share Link