I bought this laser from Shenzhen OPTlaser Technologies for $30.00 which included the driver. This laser is a pure lemon yellow color, but because of the way the RGB pixels in the cameras make yellow out of red and green, they all come out looking green. It didn't matter what camera I used either. I'm not going to edit these to try to make them look like they should. That is just too much work. :crackup:

Here is a photo of the laser head and the driver. The heat sinks you see on the driver were not there originally. I put them there as these were the driver output transistor and its driver IC. 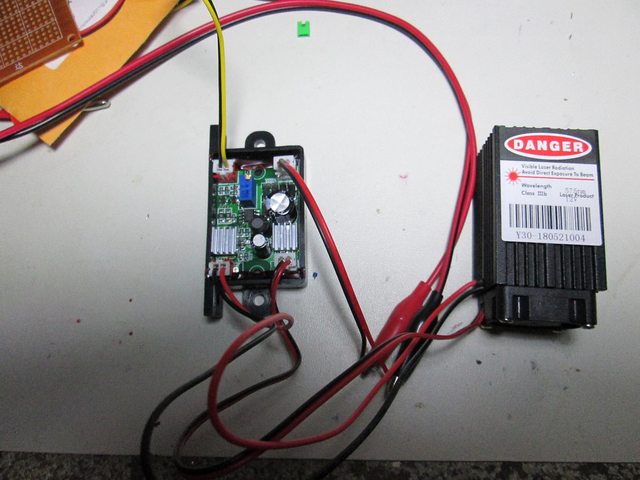 This is a close up of the head. It has a fan on it and because this device pulls 6 watts, it is likely necessary. But, I couldn't feel any heat coming from the module inside. 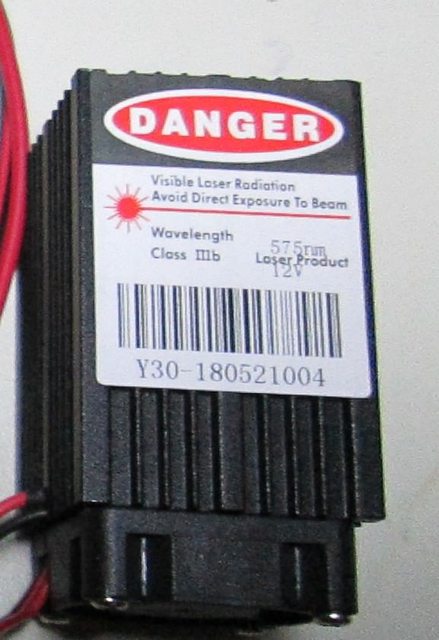 Here is a beam shot. It is not even close to the actual color, but it is what all my cameras do when I try to show this color. 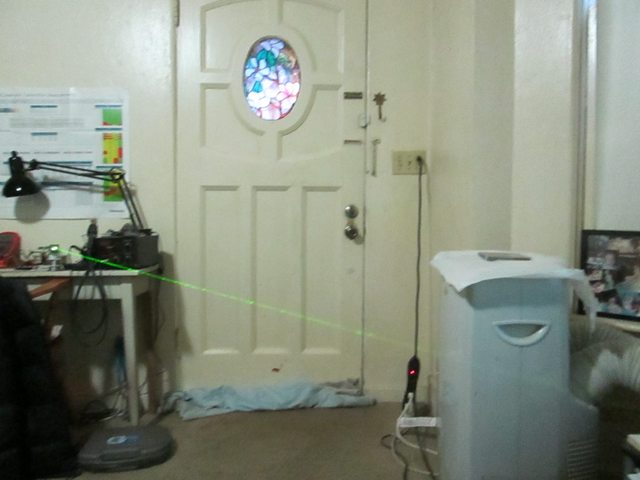 This is the dot at about 18 feet. It is much smaller than the photo, but that is normal for a camera. 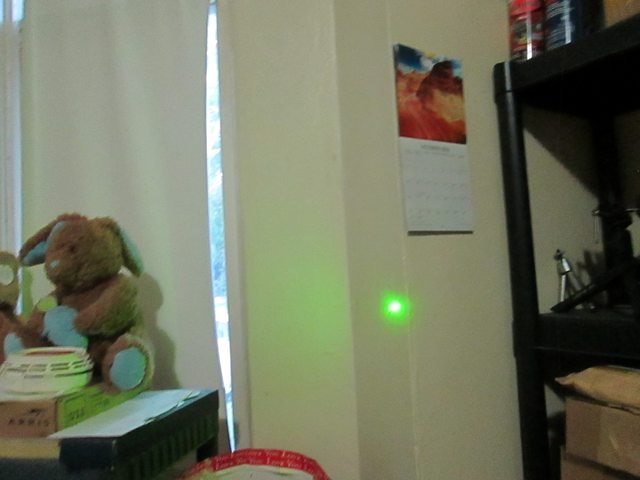 Here is a beam shot where most of the surroundings are out of focus. I thought it was unusual. 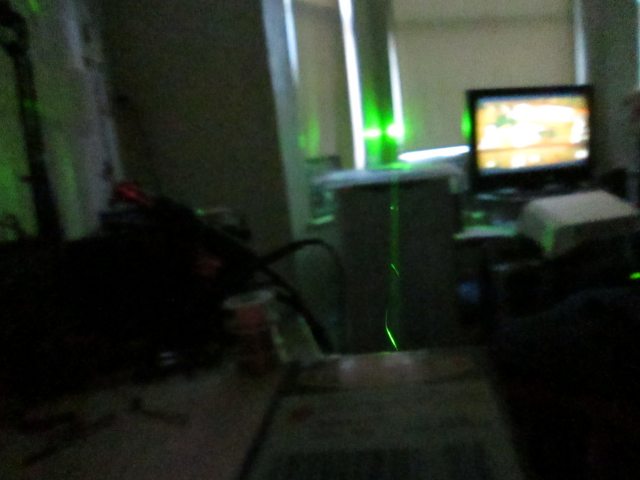 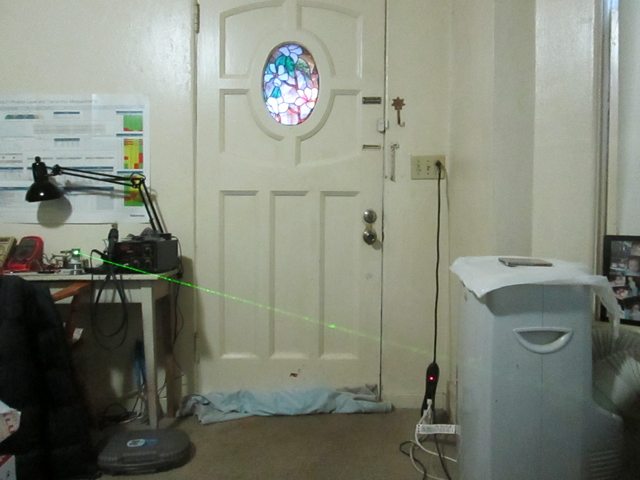 This is a reflected beam shot that caught part of the camera lens. 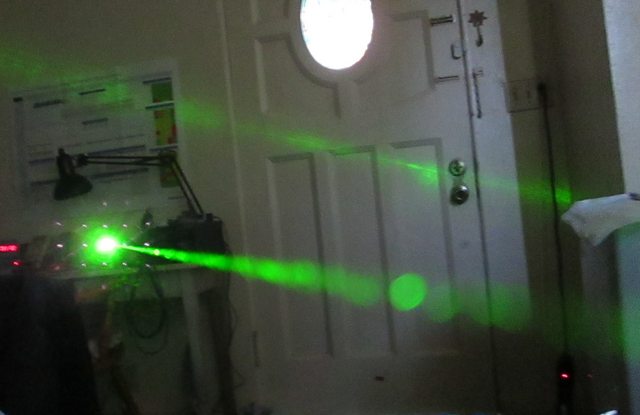 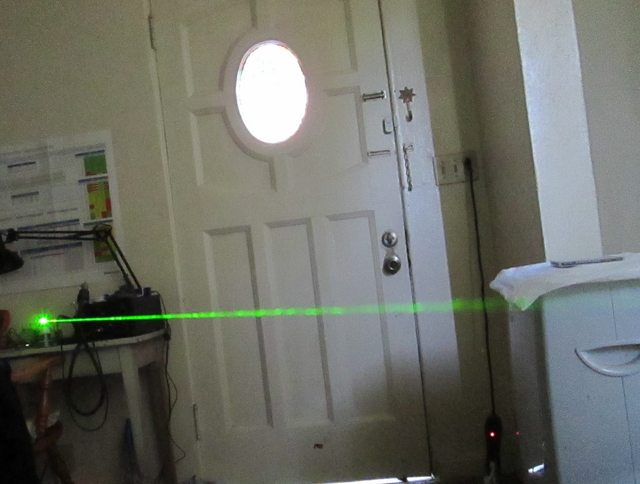 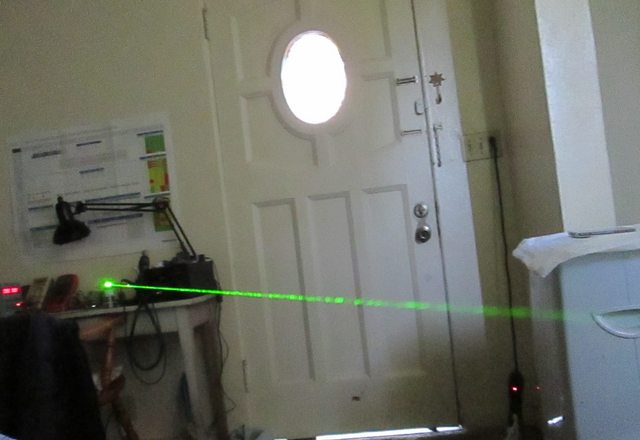 Thanks for having a look. Mine measured 36 mW after I increased the pump diode current a little by turning the multi-turn pot CCW. It remained rock steady at 573.9nm from cold and for a full ten minutes. It never hopped, slid or moved at all during that time. If you are interested in one of these, the email address for the company is:fb@optlaser.com. Shipping is by DHL Express and costs $35.00. But, I got my laser from mainland China in less than 4 days. :yh:

Thank you Paul, that is a nice looking beam, so strange the camera can't get it right with that wavelength of yellow. Looking forward to receiving mine!
G

Thanks for the review, these new yellows are sure interesting.

Could you post a link to where you got it? I tried looking up 575s on optlasers and got nothing.

Gazen said:
Thanks for the review, these new yellows are sure interesting.

Could you post a link to where you got it? I tried looking up 575s on optlasers and got nothing.
Click to expand...

The information is in the last paragraph of the OP. :beer:
D

Did anyone else spot that weird refraction pattern of IR in that picture?
S

Nice one Paul, especially for this price. Thanks for sharing your pictures with us!

very nice laser for the price indeed,i haven't bought mine yet as its asking 57$ for shipping to Greece while i was looking for something cheaper for shipping

lazerman121 said:
Did anyone else spot that weird refraction pattern of IR in that picture?
Click to expand...

I did. It was main reason for including it. I was hoping someone else would mention it.

I looked right past it! So observant I was, not.

Thanks for the awesome review, Paul!! Can’t believe these WL lasers are priced so low. Very cool!!
SGD :beer: 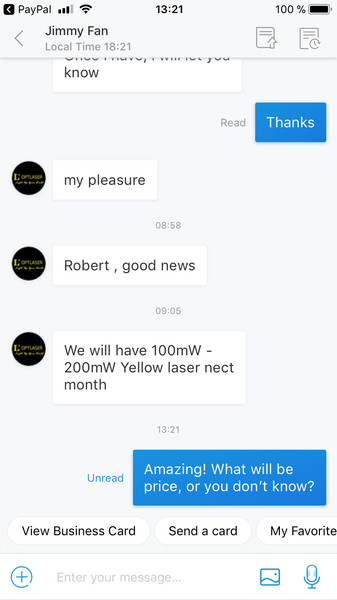