Hello everyone! I've been researching this problem and came across a few threads on this forum that had a lot of information, so I figured I would pose my specific question and see what you think.

Problem Statement: I would like to build a system using a near-infrared laser, preferably around 940nm to transmit a 2-inch diameter collimated beam at least 1/4 mile and produce a spot size no larger than 6-inches diameter at the other end. If less divergence than this is achievable, that would be excellent. I believe this comes out to a divergence of approximately 0.12 mRad or ~25 arc seconds. The beam needs to have an intensity at the target of at least 2mW/m^2. Finally, I need to be able to modulate the beam using an on/off scheme at ~38kHz.

I haven't found many laser diodes that operate at this wavelength, and I've been kind of disappointed in the information available in their datasheets, but here's an example of one potential laser diode I have been considering. I guess I can't post links, but here's the manufacturer and p/n.

Question 1: Is it possible to achieve divergence this low? If so, how would you do it? From what I've read, beam expanders help lower divergence, and I want a pretty fat beam, so if I started with a small laser diode like the one I linked, and expand it out to 2 inches, it seems like it could work, but I don't know how to quantify this, and would like to do some level of design before just buying and testing things. I am reading Hecht's "Optics", but it doesn't seem like the best resource for this problem. If anyone knows how this design would be performed, or has any book recommendations, that would be great!

Question 2: What is the lowest transmit power I can use to still achieve this? I would like to use the lowest power possible, for safety reasons. From what I've read, it sounds like lasers primarily lose intensity through divergence, but don't tend to lose much actual power at all. So here's my train of thought. A 2 inch diameter beam would have an area of approximately 0.002 m^2. If it expands to a 6-inch diameter, the area would be about 0.016 m^2. So to get an intensity of say, 5mW/m^2 at 1/4 mile, assuming no other losses other than the beam diameter increasing, I would only need to transmit 0.09mW of power to achieve the 5mW/m^2 intensity. This seems like a crazy low amount of power, is that calculation right? Are there other power losses I am not considering?

Question 3: I am already experimenting on a similar design using an NIR LED rather than a laser, but from what I can tell this kind of divergence is basically impossible without a laser. I am an EE, so I'm pretty familiar with driving LEDs, and I already designed a variable current driver board that I use to blink the LED at 38kHz logically anded with some serial data, and at any current desired (up to approximately 1 amp). This works pretty well, and lets me control the brightness of the LED, while using it to transmit data. I would like to do something similar with a laser, but I haven't found much information at all on actually driving laser diodes. Can I treat it the same as an LED? Can the laser brightness be adjusted by adjusting the current, or is this a bad idea? I could also adjust the brightness with an adjustable aperture in the optics section, and still produce a beam of the desired size, would that be better? But I have to be able to blink the laser at 38kHz anded with my data in order for my detection circuitry to work, so if I can't do that, this is dead in the water.

Sorry about the novel guys, I appreciate any insights you might have here.

All of this seems reasonable. I haven't done the math to check what it would take to get divergence that low but it seems possible with the right optics. It's possible to achieve under 1 mRad divergence with a single aspheric collimator. And a beam expander will be able to reduce divergence further.

When I'm planning the optics for a build, I generally refer to a nice Edmund Optics guide that lays out the theory of operation for many laser optic applications. Since it's a hard copy, I can't share that with you easily, but Edmund optics does have a good online tutorial for many subjects.
Here is one such tutorial on beam expanders that should help you determine what kind of optics your design will require:

Addendum: I'm not very knowledgeable in the EE realm but some others are and hopefully they will chime in on the details of your laser driver. @Giannis_TDM comes to mind.
Addendum 2: The 10 mW 904 nm diode you found should be able to deliver plenty of power for the desired power density. Low power laser diodes tend to have more circular, more gaussian beam profiles than higher output diodes. Find one that operates in single transverse mode (TEM00) like the one from ThorLabs. Very high output diodes tend to have large, multi mode operation emitters that have large divergence angles and irregular power distribution across the beam profile. I'm pretty sure I've seen 5-10 mW 940 nm diodes somewhere but a quick search turns up mostly high power diodes... They are out there.

Hi RA_pierce, thanks for the reply. Ok, it's sound like nothing is obviously wrong with my understanding. I will check out that article and keep researching elsewhere too. Another quick question, how can you tell if a diode is single mode or not? I haven't found it specified on most datasheets i've seen. Even on that datsheet from ThorLabs, I didn't see where it ever said it was single mode. I'll keep looking for other diode options as well. There seem to be more a lot more options around 850nm too, so I might look into other wavelength detector options as well.
G

Scubajoel527 said:
Hi RA_pierce, thanks for the reply. Ok, it's sound like nothing is obviously wrong with my understanding. I will check out that article and keep researching elsewhere too. Another quick question, how can you tell if a diode is single mode or not? I haven't found it specified on most datasheets i've seen. Even on that datsheet from ThorLabs, I didn't see where it ever said it was single mode. I'll keep looking for other diode options as well. There seem to be more a lot more options around 850nm too, so I might look into other wavelength detector options as well.
Click to expand...

If the dot at say 20 feet is circular, its single mode. Otherwise if it is rectangular it is not single mode

You can use beam shaping optics

EDIT
You need something similar than this if you want nice round + low divergence beam. -Single mode is more likely elliptical than round. 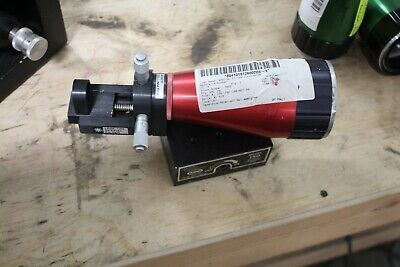 Just give email to Thorlabs or Newport.. I think they can help you out
Last edited: Apr 6, 2021

Scubajoel527 said:
Another quick question, how can you tell if a diode is single mode or not? I haven't found it specified on most datasheets i've seen. Even on that datsheet from ThorLabs, I didn't see where it ever said it was single mode.
Click to expand...

If you navigate to the page that lists the product family for that diode, there is a table that indicates that it is single mode.

Laser Diodes: Ø3.8 mm, TO-46, Ø5.6 mm, Ø9 mm, and Ø9.5 mm TO Cans
You'll have to scroll down a bit to get to the 904-960 nm diodes.
A general rule of thumb (not always true, but usually) is that laser diodes <200 mW are single mode. It's usually specified in the data sheet as well, but I just checked and it seems that detail is missing for this particular diode.

Note that on this page I linked, Thorlabs also lists a 940 nm 200 mW diode. This may be overkill for your application (and likely very expensive) but it does exist. You can likely find cheaper sources, though, and for lower power.
Of course, you can always run the laser diode at low power but this usually comes at the cost of some efficiency. Laser diodes are most efficient when run at their specified operating power - or, perhaps more accurately, the specified operating power of a laser diode is determined by its peak efficiency.
When you under-drive a laser diode designed for high power, you may run into the lasing threshold problem, where there is a minimum output you can obtain where the device actually is lasing (as opposed to producing non-coherent light like an LED).
L

A pro would buy a diode collimator, a red diode (DTR lasers) , and a pair of compensator prisms. What you need is explained in this paper, but you may not need so many lenses on the left side. These days we have cheap glass aspheric lenses for that. Watch your eyes, these beams can cause damage. Certified quality laser safety glasses from Thorlabs and An one old black and white CCTV camera with a bare CCD or CMOS sensor is your friend. (Bare = no color filters, ie B&W)

I'll delete the file after a few days, these days we use Beam Power Product methods for LD design, this method is old school from the early days. You can also buy diodes from Blue Sky that have integrated beam shaping in the diode Package. ie "Circulaser" https://blueskyresearch.com/fiber-coupled-laser-modules-laser-diode-systems-and-components/ Give them a call if you are going into production. Also be aware of CDRH regulations for free space laser sources, ie 21 CFR 1040