Hi J,
Go to J.Bauer Electronics there you will find an assortment of LPM's , they are the best and Jerry only makes LPM's these are his designs.
I have 4 or 5 of them from him if you want an rpm this is the place look no further.
J.BAUER Electronics

Yes...asI stated earlier in the post....they avg 85-90% of claimed. That's just a number.....early on before I knew better, I accent ally started a fire, from across the room, with the 2w...I'd say it has some bite. Maybe, the THOR on the other site, for 50% more money can do better? This I don't know. Earlier in the post I was told "EXACT same laser for around $5" off eBay, and cheaper for same thing on other site...I've still NOT seen any of this. Its pretty simple to put this to bed, send a link....showing me …..so......I can buy it!

Wow this thread is still going
The only thing I see is they might of lowered "some" prices on a few certain laser's to get you through the door but the stupid claims are still there.. The 5000mw 405 you posted is classic 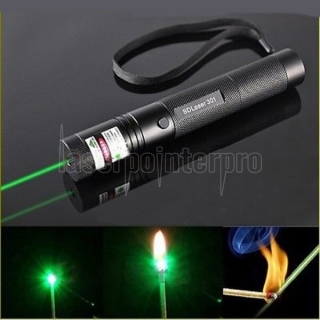 www.laserpointerpro.com
^^^^ ^^^^ this is a $5 301 laser for $40 It might do 80 to 90mw max.. What don't you understand??
Ok janning you asked what is cheap about this China mass produced units.
They use cheap unstable drivers, highly used diodes, very little heat sinking and the modules they use are brass which is just about the worst metal to use for that purpose..

Watch and listen carefully this video by Styropyro, he's kind of a legend here. He eventually takes apart a cheapie China unit and upgrades it a bit. You will see just how little substance these cheap units have.

But if your happy with your lasers that's all that counts, but let's see how good laserpointerpro's customer service is if you have a issue.
Best case, they will likely have you send it back to them in China and YOU pay for the shipping..

Hmmm.... I just read through this whole thread.
Here is my take on it.
1) You want to know which wavelength of Laser burns more.
For example 1 Watt of Laser power will heat the same surface
to exactly the same temperature in the same time irregardless
of wavelength

2) You have stated your experiences with Lasers and have stated
Mr. X testes some Lasers on an unnamed/unverified LPM. What
brand of LPM was used and when was it last calibrated??

The diameter/area of the Laser's beams have not even been
mentioned. That is a critical point that refers to Beam Power
Density.
The Sun can warm your skin outside... but use a magnifying
glass and the sun will scorch your skin because of the increased
Power Density of the sun's rays.

I would suggest that if you really want to know the Power of
your Lasers... there is only one sure way to know that. Get a
calibrated Laser Power Meter.
Your method of testing power by burning is akin to getting
the speed of a car by sticking a wet finger out the window.

BTW.. as luck would have it a customer called about the
power of 2 450nm lasers he bought and wanted to know
why the beams seemed to look about the same .
One was an eBay 1.5 Watt Laser for $40 and the other was
a LaserPointerPro 3.5W Laser for $150.
After purchasing a Laser Power Meter from us he found that
the eBay Laser measured about 1.2 Watts and the other
LaserpinterPro Laser only measured 1.4 Watts.

I personally would steer clear of that seller.

brass is not the worst choice for thermal conduction. It has similar conduction to Aluminium alloys. The best choice for the money is pure copper or pure Aluminium. But did you ever machined pure Aluminium? It is a pain, also pure copper ist not nice to machine.
Oh I forgot silver, but I was unable to get a thick silver rod. So I have to melt my old anti Vampire bullets.
I would never buy something from a Company that fooled me just from the beginning of their Homepage with Fantasy Laser Outputs.
How can you trust to a liar?

Yes, iv'e been machining off and on for over 30 years.
Brass is used only because it's the easiest to machine and fastest and easy on the tooling to cut costs, pretty much like butter compared to other metals. It's not good as a heatsink.
Yes aluminum is surprisingly very abrasive and the "chips" can curl and come out like a razor's edge. Copper is very gummy and when you do the first cut it seems easy but it ends there as it heats up fast and unless your using carbide you will be constantly sharpening your high speed steel tooling..
Had some moron selling phaser's who claim to fame for his magic heatsink was oilite bronze which is porous bearing material. Anything stupid to say to sell..Unfortunately people fall for scam sights
Last edited: May 20, 2019

yes, I share your opinion, that brass is not the best choice for a heatsink. I use copper 99,99% for this purpose. I also have some rods of nickel copper that would look fine. Maybe I use this material for a little low power laserpointer host.

paul1598419 said:
Power density of the beam is more important than the wavelength if you are just trying to burn something. That means to get the most power into the smallest beam profile that you can. Really, a watt at 405nm is the same as a watt at 650nm when it comes to starting a fire. One caveat, the color of the material you are trying to burn must be able to absorb the light from whatever laser you decide to get. So, don't get a laser the same color as your material as it will be mostly reflected. Black materials seem to absorb the best.
Click to expand...

I just throw more watts at the problem.
C

People have given you good advice and your questions all have been answered in previous post that you did not seem to research (for burning ability and power). I have bought from good companies and bad (including eBay and Laserpointerpro). The quality and price at Laser Pointer Pro is very hit and miss. I had lasers that couldn't hold their charge for very long and would drain very quickly. They will out right lie by an order of 10-1000x in power ratings. They are resellers of other peoples lasers and add on price increases. Even shadier they will resell their own lasers at higher prices at fake higher powers. I knew that many of their lasers were falsely advertised so avoided paying the jacked up prices on some of their lasers just for the lets try them out. I have also bought $5 dollars lasers on eBay that out performed their $30-$50 dollar lasers. Ebay is also very hit and miss. Often eBay lasers are higher powered than advertised because of rules against selling high powered lasers on eBay (handheld type). Beam quality also makes a difference when using a laser for cutting/burning. Single mode lasers like some 405nm laser diodes can be focused to a small point and cut a very fine line. I used a 405nm single mode laser to cut off a white medical bracelet and person didn't even detected it was cut until he lifted up his arm and it fell off perfectly like in the movies lol (very fine cut).
Last edited: Jul 11, 2019
G

Yup, this was one overly long thread that could of been finished at 5 posts!
S

GSS said:
Go to ebay and look up a 301, 303 405nm laser and you will find the EXACT same laser for around $5 as your 2nd Laserpointerpro link..
$10 with a cheap battery and charger. Maby 150mw tops. A 405nm laser is max 800mw for the best diode which I assure you this unit does not have..
Laserpointerpro uses diodes pulled from very highly run projectors and very cheap drivers and parts in general.
Rattling around in the trunk of your car does not mean a good laser.
I have no idea why your pushing this Laserpointerpro so hard but does make me very curious??
There is a very highly regarded private builder here that for $150 can probably set you up with a nice 2W to 3W blue laser made with top notch brand new high quality parts..
Click to expand...

Awwww, If I only had a dime for every time I have seen the question "what's the best burning laser? I'd have enough money to buy the yellow laser I've always wanted...