Hello,
I purchased a 532nm laser module and it's behaving strangely. I'm curious what's going on with it. I suspect that it's broken.
It turns on and off seemingly erratically. At first, I figured it was a loose connection, but after some time of playing with the wires I became certain that that was not the case. In fact, the driving board is sending 3.0v to the LD.
The button does not do anything AFAIK. The center chip on the driver board looks to be a "LM258 8AK 1318H".
When it does work, it has a strange "dog print" beam instead of being focused into a dot.
Thanks

Where did you get the driver? As far as the button it looks like it's been bridged on the side to be constantly on. Hard to really tell as the pic's are kinda blurry..
How about a module link?
T

Sorry for the blur, I'm not that amazing of a photographer (esp. without any auto-stabilization). EDIT: I'll try to get some better shots later.
The driver came with the laser.
Here's a link: https://www.aliexpress.com/item/532nm-12mm-3V-3-7V-20mW-Adjustable-Laser-Dot-Diode-Module-Green-Copper-Head/33008049681.html

Try applying 3.7 V to the diver as in a standard laser point battery/fully changed 18650 and see what happens.

If no good tell the seller it doesn't work and you want a replacement.

Not sure what you expect from China for 1/2 the price of a good cup of coffee, $2.88 including shipping, but it should work.
G

The listing also calls the output mode a "dot facula" Not sure if that has anything to do with the dog paw style spot??

At $2.88, that has got to be the cheapest 532nm module/driver combination I've ever seen. I would spend a little more and get them from Fasttech. They used to have good units for ~$5.00 each. Around 80 mW at maximum current setting on the driver.

Fastech I was not so impressed with but who knows, it's often just luck of the draw.
I just bought a couple of 9 dollar pointers from ebay and one is doing 115mw, the other 150mw and has a nice infinity focused beam, granted some are well focused and some have what I call a " match lighting " lens and setting that you can't get to focus as tightly far field, this time I received one of each, pot luck it seems.


This is the one I bought that came in at 150mw, but again it's likely pot luck.

Features: Color:Green 100% brand new high quality and perfect design. Use laser pointer to point at any desired targets on projection screen, video. Across the sky,allowing you to find the stars in the fan days you want the stars,is the leader in the vast sky. Power saving, lightweight, suitable...
www.ebay.com 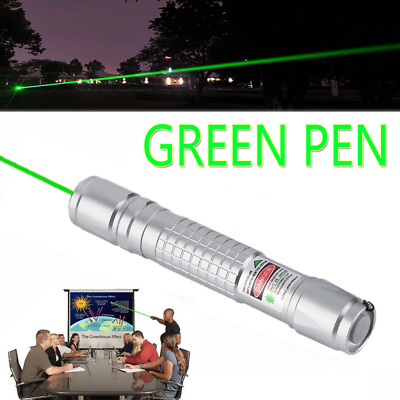 Yep we just roll the dice and see what we get, if 5 out of every 10 dirt cheap Chinese lasers is a keeper it's still not bad.
T

I didn't notice the "Dot facula" before. Interesting...
Applying 3.7v input causes the driver board to put 3.7v through the diode (seems rather high to me!) It still does not turn it on with any reliability though.
Here are some better big pictures with an Iphone. It's hard to focus a camera on such a small thing. I know, youtube to the rescue! I'll search for some tips there and see if I can even further improve my shots.

The Purple Death said:
I didn't notice the "Dot facula" before. Interesting...
Applying 3.7v input causes the driver board to put 3.7v through the diode (seems rather high to me!) It still does not turn it on with any reliability though.
Here are some better big pictures with an Iphone. It's hard to focus a camera on such a small thing. I know, youtube to the rescue! I'll search for some tips there and see if I can even further improve my shots.
Click to expand...

You can't be measuring this correctly. None of the 808nm pump diodes operate at 3.7 volts Vf. The 3.7 volts is the input to the driver, but that can be as high as 4.2 volts. Considering the output power of this unit the pump diode is likely just a small .25 watt pump diode. I would try purchasing a slightly higher priced module/driver combination. Even a $10.00 one would output more power and use a larger pump diode.

Thought posted this relpy last night but still sitting here. Nice. That is a perk of the new site....

If measuring the same voltage between the power source and driver as is measured between the driver and the diode with no dropout thought the driver from the regulator then I would say something shorted making the negative side continuous leaving the diode being directly driven from the power source like the driver does not exist. Maybe when they soldered to bypass the switch. Looks in the first post there is 3V from that DC-DC converter to the driver and if you thing it might not blow right there just be way over driven causing excessive wast heat that is overload the entire units thermal transfer ability translating to the crystals getting hot to the point they expand out of alignment.

He now mentioned 3.7V so maybe turned up the converter or went to a battery source. Possibly finally killing the diode if the power source is by passing the driver.
T

@DTR , @Encap suggested that I try 3.7v instead of 3.0v. As the voltage goes up on the input to the driver side, the output to the LD from the driver also goes up. I'm thinking that the driver is no good and it's cooked the diode.
@paul1598419 , I maybe a n00b, and sound like one, and I also make mistakes, but could you please give me a chance instead of writing things like "You can't be measuring this correctly."?
Here's a picture of me measuring the voltage, does it look correct?

Report the unit as defective from the outset and ask the Seller to send you a tested fully functional replacement at no charge as the cost to return it would be several times the cost of the item.