What power will allow a visible beam?

paul1598419 said:
Not as much as you might think. Fog puts water particles into the air while humidity is water molecules which don't cause visible light to be refracted off of them to anywhere near the degree of water droplets. If it doesn't refract ordinary light, it won't refract laser light either. If the humidity condenses into fog, then you will have what you need to show a laser's beam brightly.
Click to expand...

Understand your point. I have read that a laser beam would not be visible in outer space since there are no molecules in outer space; yet the beams are visible in the Earth's atmosphere so there must be some refraction. Do you know of any examples of comparing laser beam visibility at sea level compared to at the top of a mountain.


On another topic I am wondering about pointing a laser into what I will call low level clouds or what I call 'pea soup dew'. Keep in mind that I spend a lot of time in places that would not always qualify for a third world country. I have also been on beaches where spindrift produces obvious moisture on my body/clothes yet there are no visible 'water droplets' in the air.


Not sure if this is making any sense and I really only have used very low end lasers so I hope this is not a really silly question.

Another point you may not have thought of is that there is particulate matter in the air. Especially in cities and places where pollen and other particulates are abundant. If you got up high enough to eliminate much of that it would have an effect on the visibility of your beam. But, even absolutely clean air still would refract the beam to some degree. Just not as much as you might think.

That brings to mind the four 22 watt 589nm lasers in Chile for the astronomical observatory there. It is fairly high up and yet is very visible all the way up to 90 Km, IIRC. There they excite Na atoms to create a illusory star for the purpose of alignment in real time because the atmosphere causes aberrations in the focus of the telescope.

The first laser I ever bought was a small greenie for outreach programs put on by the Tallahassee Astronomical Society. It allowed me to point out stars in the sky when we put on programs for the general public. I was always impressed by the Lunar Laser Ranging Experiment, but never was able to find out what kinda lasers they used in the various stations world wide. But they have to be powerful to hit a reflector on the moon and bounce back enough photons to be seen by telescopes on earth.

That is not at all how they measure the distance to the moon from the earth. They are lucky to get one or two photons back from those reflectors collected in a very sensitive detector. The time it takes for those couple of photons to make the round trip makes it possible to measure the distance to within less than a meter. Nobody with a telescope can see any laser light coming back from the moon. 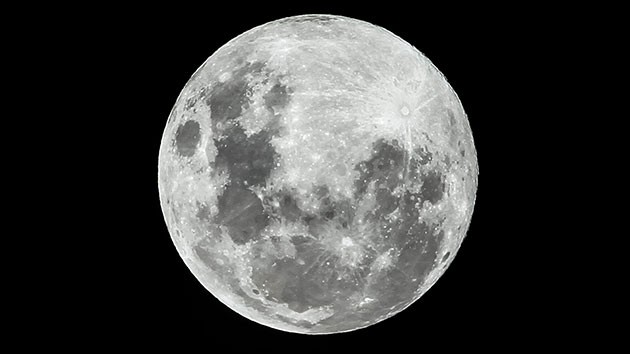 Proof we made it to the moon: You can still bounce a laser off it today | WTOP

One of the experiments taken into space on Apollo 11 was called the Lunar Laser Retro-Reflector, and it still works even today (though perhaps not as well as it did), just like it did in a 2010 episode of “The Big Bang Theory.