This hobby helped me figure out I have undiagnosed ADHD

I was so into lasers from 2010-2015. Then senior year of college happened, then grad school happened, then career started, then I got into the space industry, then covid happened; it just snowballed into a whole lot of responsibility that I needed to reserve my energy for so I couldn't enjoy hobbies anymore. It was great when I was living with my parents and I didn't really have any responsibilities except for getting my degrees. Then it all fell apart because I only have a finite amount of energy to focus on what matters

If you have ADHD, you were born with it - it's genetic. It's a disorder where the dopamine system in your brain isn't working to full capacity. Dopamine is responsible for alertness and focus. It's thought it evolved from a need to have a few people in the village who would get distracted from conversations by noises in the bush so they could alert everyone to tigers and such. It's also a great set of traits to have for exploration because you're constantly thinking, "what's over there, it looks nice," or, "you guys go look for berries, I'm going to mess around with these sticks and twine to try to make a device that I can shoot food with," instead of focusing on the one task everyone else is. That's great back then but it does not mesh well with office jobs and modern society, but it's also still great for creative activities.

I reference the focus I was able to put into these lasers before I moved out and started my career all the time to prove to myself that I'm not just lazy and stupid. Working with small parts, planning what voltage goes to what solder joint, messing up and trying new things - that's everything I loved about this stuff. Now it's my job and I hate it. I don't have the energy to deal with this same type of stuff after I do it all day at work. Failing and restarting again with new ideas isn't fun anymore for me because if I don't do it well enough and fast enough I'll get fired. It's gotten so bad that I don't have the energy to enjoy anything that requires input anymore, not even video games. I am drained of dopamine 100% of the time.

But when I was playing with lasers, I could focus for such long periods of time - hours and hours into the early AM, and the reward was a bright purple dot on the wall that meant my electronics didn't immediately burn out. Most people with ADHD exhibit "hyperfocus" on things they really enjoy. It's complex where they've developed this ability to exert absolute focus on something important to them because if they get distracted they won't get back to it. It's not much, but it's one piece of the puzzle to me. I've realized I'd had many other symptoms throughout my entire life. And the differences in my life between then and now are so concrete.

In the US, when you try to express to a doctor that you have a lot of trouble concentrating, the immediate response (at least in the towns I've lived) is to try to gaslight you into thinking your symptoms aren't real. They won't even write down in your record that you mentioned it because there is such a stigma against the medication. So if you actually do have these symptoms and you've had them your whole life, you're constantly trying to prove/disprove them to yourself with evidence from your past experiences. But more than one doctor and more than one specialist might tell you that you probably just have a learning disability since there's no way you have ADHD because you weren't diagnosed as a 7 year old by your school teachers because you're flipping chairs over and starting fights at school. And they'll try to make you think that you're just looking for study drugs and assert that you're a college student because you look young even though you already work in the space industry by some miracle. And it takes so long to get a psychiatry appointment that you have so many months alone to think about your whole life constantly until someone will listen to you.

I don't know if this came off like some disorganized collection of ramblings by a crazy person, but I want to thank the dangerous-high-power laser community for keeping this hobby that you can make as complicated as you want and it only gets more fun the more complex you make it. I want to thank everyone that helped me figure out how to work with these parts through your detailed technical posts and general support, people who support the engineering, and especially the people who come up with all these creative part assemblies and interesting-looking builds

This was my number one thing back in the day. I've got a promising appointment with a psychiatrist at the end of July in a more progressive city, and I can't wait to get diagnosed and treated so I can enjoy this hobby again

Good golly I feel this so post so damn much. I don’t have the energy to respond to this thoughtfully and thoroughly right now, so I’m not. But I’m gonna try to respond here or PM you later if I remember to come back around to this thread. Thank you for taking the time to write this. I really mean that.

I’m really excited for you about your psych appointment. Vicariously so. I’ve been trying so hard recently to take the time to pull the trigger on finding someone to meet with and actually scheduling an appointment. I think it would do me so much f***ing good. Even though I’ve never met you, I’m sincerely stoked for you, man. You’re definitely not alone. And I’ll tell you it made me feel better to read that and know that I’m not.

I know that sounds dramatic and sappy, but whatever. It can be an exceedingly frustrating mode of being. And the amount of misinformation and misunderstanding there is about it is dizzying. And no, I’m not doing the whole ‘victim’, ‘woe is me’ thing, if that’s what it looks like. Sure, I cannot empathize with any other modes of being, but even still I’ll say I don’t think I’d want to be another way, as surprising as it is to hear myself say that. It’s not a disability, but it certainly can be both a boon and a curse, and it’s way more f***ing complex than most people realize.

I’ve been into lasers all of four days now, but the subject/hobby just so happened to hit that dopamine trigger for me, so I’m all in. I know myself well enough to know where this goes from here. That hyperfocus is REAL.

Thanks again. I mean that.
-Ryan

I really appreciate your response. It’s always a fantastic feeling to talk to someone and they know exactly how your brain functions on almost like a spiritual level. I would write a lot more than this because I really really appreciate the reply, but I just can’t right now, lol

I wish you the best

Sometimes a simple "Moo" is all you need to say XD

Unown (WILD) said:
Sometimes a simple "Moo" is all you need to say XD
Click to expand... 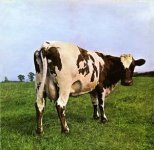 @AMooMooCow I feel exactly the same way you do and the time frame almost fits perfectly with mine.. Except I didn't go to aerospace school. I went into depression around 2012 and lasers really kept me going... I'm doing better now. I didn't get diagnosed but what you've experienced, I have also noticed in myself. Sometimes it's hard for me to hold a conversation with someone because I can't filter out sounds around me. I hear everything that goes on around me.. I can hear the pearson speaking to me but at the same time I can hear the cars passing by, someone's footsteps in the distance, an airplane flying overhead, other people having a conversation down the street. Birds chirping, children running and laughing, another person going up the stairs jingling their keys from their pockets as they get to their apartment... It's weird to explain.... I can't find the right words

LaserRanger said:
@AMooMooCow I feel exactly the same way you do and the time frame almost fits perfectly with mine.. Except I didn't go to aerospace school. I went into depression around 2012 and lasers really kept me going... I'm doing better now. I didn't get diagnosed but what you've experienced, I have also noticed in myself. Sometimes it's hard for me to hold a conversation with someone because I can't filter out sounds around me. I hear everything that goes on around me.. I can hear the pearson speaking to me but at the same time I can hear the cars passing by, someone's footsteps in the distance, an airplane flying overhead, other people having a conversation down the street. Birds chirping, children running and laughing, another person going up the stairs jingling their keys from their pockets as they get to their apartment... It's weird to explain.... I can't find the right words
Click to expand...

Yes. There’s this part of it where you’re processing everything and all stimuli in the environment and it’s so overwhelming and just exhausting. I think the DSM calls this “easily distracted”. It’s crazy to think about how different we process things and just to realize this isn’t how everyone else experiences the world. It’s just a constant stream of parts of words and visual daydreams that’s extremely distracting. And I’ve read about how quiet it can become in your mind if you try medication. And it made me actually angry to learn just how quiet my brain could have been, and everything in my life up until right now could have been so much easier if anyone could even identify real ADHD. Not even a lot of the psychiatrists can see it. I just imagine I could have been a doctor or a surgeon or a PhD if I could think clearly like that but the constant music and chopped up parts of words are drowning me in noise. Nobody understands how deafening it is. I am so tired and I can’t ever just choose to sleep
You must log in or register to reply here.
Share:
Facebook Twitter Reddit Pinterest Tumblr WhatsApp Email Share Link