They sadly do as many chinese vendors do, dance on a fine line between BS, confusion & deception, and then what have an ounce of truth to it.

so 20W is 20W from the wall outlet and same with the 30W and the 40W. (and even here its doesn't match with the wall outlet that was quite a bit lower)
I'm pretty sure they all use NUBM0. 20W, 30W, and the 40W, though I dont have the 40W
The precarious one is the 40W if they combine two beams, but that 40W unit when I checked many months back" sadly way more expensive.
the 20W old-style-thin-labby and 30W (blower sinkversion above #11) cost around 100 bucks delivered (USD), so it ain't like your getting massively ripped off, in regards to a NUBM0-founded labby with driver and PWM control module.

It's the 20W labby Im running here below, though I'm bypassing the driver for 6350mW reading. (with the driver and the included PWM module it's maxing out a tad over 4W with 4042mW on one budget LPM and 4030mW on the other, so not even close to the stated optical output rating that I recall where 5.5W for the 20W.)

it is up around the max PWM is losing some and not linear with the 1% = 43mW and 100% should then be 4300mW
The highest reading I got with the driver and the PWM module at 100% was 4074mW, but then again, really not reference-class gear I'm rolling with, quite the contrary
Here direct coupling to the NUBM0 LD 6350mW

The 30W sink blower labby from post #11 sadly not that easy to separate, as it is a weird hard-mounted driver to the pins of the laser and no wires.

It is true ... I have reviewed many images and you can see that they are two diodes linked by a PBS (I think so), the question now to make an invention at home is: What kind of PBS can I buy in China to join two 5w 445nm lasers?

Ive got one of the dual diode combined into a single beam cutting modules from NEJE. The beam isn't collimated but comes to a focus point about 15-20mm away from the final output lens. They did some optical tricks to get the output spot size really tiny for a long section in the focused area. Its easily the smallest beam diameter laser device I've got, and the long narrow tightly focused area destroys most materials rapidly. With aluminum foil it would melt it and leave tracks through it, but not pierce it (no compressed air assisting). It will burn through a razor blade given enough time, but non-metals it cuts through pretty impressively.

If you have a particular material you want to know how it cuts, I can make a little test video finding out how well it cuts. Its significantly better than my best single diode 445nm cutting laser head, but I see the advantage being in the ultra fine beam diameter.

The Chinese use the NUBM GBall laser diodes with a piece of FAC fiber set in front of the facet and a replacement window can supposedly with an inert backfill, likely dry nitrogen, it's the FAC fiber with a coli lens that makes the fine cutting beam.

RedCowboy said:
The Chinese use the NUBM GBall laser diodes with a piece of FAC fiber set in front of the facet and a replacement window can supposedly with an inert backfill, likely dry nitrogen, it's the FAC fiber with a coli lens that makes the fine cutting beam.
Click to expand...

I didn't know they used ball lenses and fiber, that's pretty amazing. I didn't want to disassemble it to look, because someone glued the optics aligned so well. Everytime I use fiber optics with lasers, I'm lucky if I can get 50% of the beam power into the fiber. They must have a great trick for low insertion loss pumping it. Are you saying they let a small bundle of fibers branch to each of the two diodes ball lense focus points? Or they have a pair of FAC fibers off each ball lense that then fire into a beam combiner cube? If they are doing that, they managed to get both diodes lined up as cleanly as a pair of needles over layed.

NO they remove the diodes can/cover that contains a ball type lens and discard it, then they place a FAC fiber carefully in front of the facet, and finally they put on a window can cover, likely inside a dry nitrogen flooded glove box.
This upgraded laser diode is then used in the module you buy with a focusing lens to make a nice thin beam for cutting.

The dual diode units use 2 of these with a PBS cube. 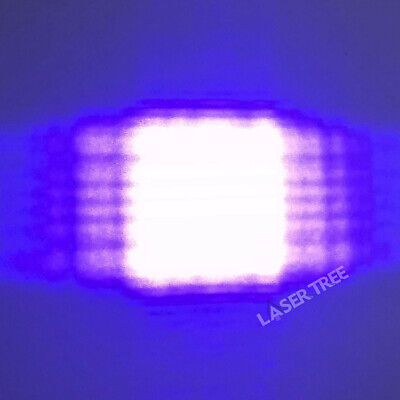 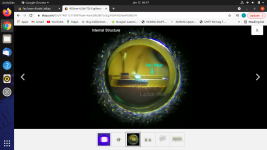