This was my first attempt at building a small phase change system .

There was no real gain to be made from this on the CPU other than for the building experience : ) .


PCB is full coated in varnish on both side around and under the CPU socket , Then filled with silicone grease and lined around it with armaflex insulation ( still need to do some more insulating ) .


Not the best looking but i am happy with the results for a first attempt : ) . 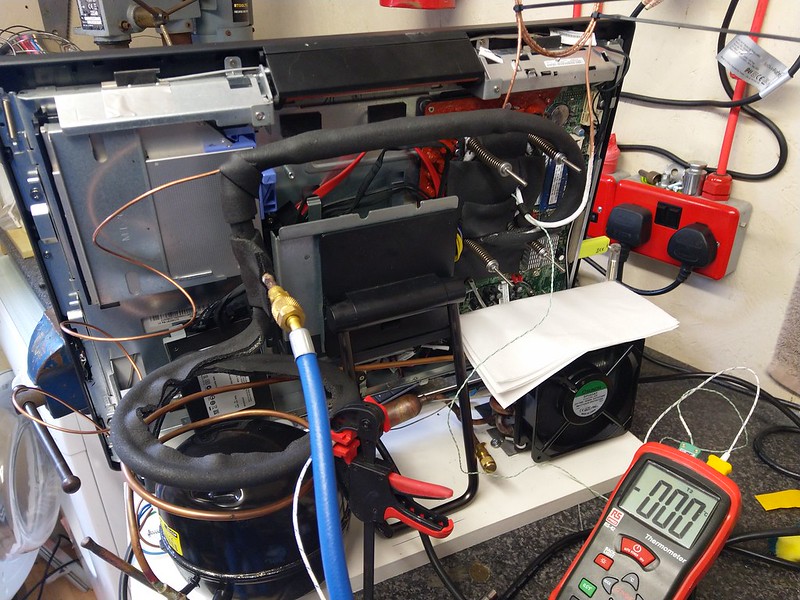