I believe for most diodes, if not using the 12 mm module the 20 mm is preferred, unless you want to build a cooler running NUGM44, then my preference would be the 25 mm, but I don't see many hosts being machined for that one. If I had a host built for the NUGM44, a beam expander threading or way to mount one would be a must, due to the awful divergence of that diode.

If you build hosts for the NUGM44, I'd not build it to use a 6.3 mm lens in a DTR module, just leave that lens off to allow the beam to be collimated by a larger much longer focal lengthPCX lens. I'd prefer putting a 1 to 2 inch (2 inch even better) diameter lens on the end for that diode with some way of adjusting it's focus, that way you avoid the loss of adding cylinder pairs to square up the beam, or a beam expander to reduce the divergence.

When the beam is collimated with a larger lens, the mismatch between the fast and slow axis divergences are not such a big problem, they remain the same mismatch, but with the divergence tamed by collimating such a fat beam output, the beam can go a long distance without seeing that horrible rectangle shaped output rapidly expanding so much the beam disappears, the larger the lens, the less of a problem.

This video shows how small the spot (left side is the expanded beam) can be in the distance when expanded, compared to a beam using the same diode with a small 6 mm lens, right side.

Hi,
Thank You Guys for the input more the better , please keep them coming.
I made some adapters a while back for the 3X and 10x BE .
Rich 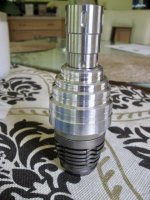 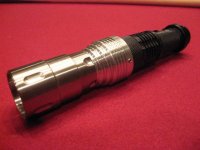 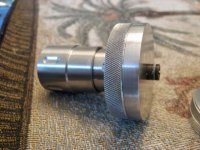 I use it for protection against aliens, my sole interest in lasers! It is their weakness with those big black eyes, they can't risk being anywhere near a laser beam. Anymore though, I can't risk using a laser outside shooting into the sky due to the possibility of hitting a terrestrial aircraft, now that is a huge issue if you do.
G

About a month ago I started watching the TV show "Invaders" on the channel "MeTV" that's on every Sunday early morning.
I cannot remember watching it as a child so now I am going to record it.
Who ever doesn't have a pulse is a alien

Hi,
Wow what a crew we have here , you guys are awesome .
I have started a build on the lathe I have the tailcap done and will finish the tube. But thats were I stopped to start this thread. The tube and tail cap are brass I stopped at the copper sink thats why I started this thread. I would make a sink for the 20;s but they aren't available from DTR.
So I think I need to mill a 20mm with a driver pocket and than will be included with the host . The customer can use a 12mm module then set in their driver of choice.
Rich

Lifetime17 said:
This is the day LPF stood still and is waiting on Lifetime to see the host,
Click to expand...

Alaskan said:
I use it for protection against aliens, my sole interest in lasers! It is their weakness with those big black eyes, they can't risk being anywhere near a laser beam. Anymore though, I can't risk using a laser outside shooting into the sky due to the possibility of hitting a terrestrial aircraft, now that is a huge issue if you do.
Click to expand...

Wait, Reading up on a few old posts. Didn't you build this for alien protection or something like that? 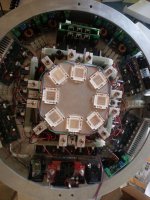 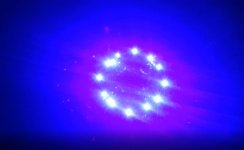 Nice M140s into the night sky I bet in combination with the LEDs it looked amazing What lenses did you use for the diodes and LEDs? I don't think that G8 was available back then so I'm guessing 3E? 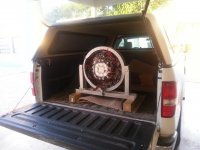 Sadly I don't have a car to put it lol guess it looked amazing so many photons!!!