He's not polishing the threads. And the aluminum conducts heat very well so polishing the exterrior will produce heat along the entire barrel, however weather or not its enough to warp. A barrel is a different story....

ok here is the long awaited update. I have ordered the tap to recut the threads in the driver section. since the threads were cut tight on purpose the heat produced by polishing is making it so they no longer thread. the tailcap however does still thread, so I know its something that can and WILL BE SOLVED. I am waiting for that tap to arrive. once that arrives I will determine if that fixes the issue. if not unpolished is an option as the machine marks are very small. I still have not found a place to setup my anodizing bath that is heated and with no income I can't afford to rent a place. not to worry tho, I will get it done. to those that need to talk to me, do NOT PM ME. I cannot respond. please see the other section for my thread explaining how to contact me. I just can't get access to lpf and do not have friends locally I can go to to use their internet. the library is my only option.
until I can get a job or a laptop with a wifi. (you could send me an old pentium 1)

keep the faith guys. I will not fail to deliver. I have too much invested personally and my rep is on the line.

I probably won't be able to see any responses so don't be upset if I don't reply.

Well if you can see this Ken, thanks for checking in.
Have a great holiday everyone. 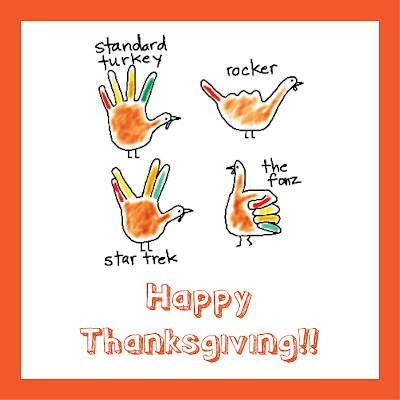 Whose lasers are in your avatar picture?

Bump for... well, just because.

They say no news is good news. Hopefully that applies here too .

Hello all,
I apologize for my absence recently and for those of you that don't know the reasons for my absence can find it explained in the thread in this section entitled "Kenom absence explained" located here: http://laserpointerforums.com/f57/kenom-absence-explained-58169.html

I wanted to let folks know that I have been unable to find gainful employment even after 9 months of searching. Mcdonalds isn't an option being a single parent and not being able to work evenings or weekends because of daycare. I have been living in my mothers RV and it's quite a struggle. However this is not why I'm updating ya all here on the forum. There is 2 reasons I am updating folks and that is:

1. GB folks have been waiting for some word as to the results of me retapping the threads on the Kryton Grooves and I've finally had a chance to do so. The tap (20mmx1.25mm) cost me $22. and didn't do a thing. it can be found here (HS Metric Plug Taps - best general purpose tap)
The funny thing about it is that the head which doesn't fit well into the barrel where it's supposed to go, will screw in fine into the area the tailcap goes. However if I try to put the tailcap section into the head, it doesn't fit either. That would lead one to believe that it would be the threads in the barrel where the head is supposed to fit, yet retapping the threads accomplished nothing. I am ordering a die now to recut the threads on the head and see if this doesn't solve the problem. If this doesn't, then I will go to the next largest tap and hit it with that. I will post all this in the GB section as well.

The second and more disturbing development in my life also affects those who are waiting for the beasts, diodes in the grooves, the 1W sky lasers I sold, and I really don't know the best way to explain what has happened other than to just come out with it and let the pandamonium commence.

Some of you may know that when I quit school back in febuary, I moved back to my home town and moved in with my Ex. I continued to stay with my ex up until October. I moved out because she was lying and child protective services had an issue with her children being around her when her parental rights to her children had been terminated.

After moving out of the house, I went to finalize some pending transactions on paypal (skylasers) and found to my horror that there was almost no money left in my paypal account. My ex had gotten ahold of my paypal debit card and in 4 different ATM withdrawals had withdrawn $1500. This was the funds I had set aside for the purchase of the Casio Projector for the GB and the payment for the Kryton Beasts that had been ordered as well as most of the funds that folks had paid me for the Sky lasers.

Now, that being said, I have confronted her to which she denied completely any theft, and I have filed a report with paypal and with the local police. I want to let those folks know that may be concerned about this that I know that I am fully responsible for the funds and will replace it with my income tax refund in the middle of January. I traditionally get back $5k and will have no problem whatsoever in getting everyone what they are owed. I will also be following through with the report and make sure that my ex gets prosecuted to the fullest extent of the law. I know that this will come as a huge blow to those that have been a bit concerned about the status of the GB and I want to assure everyone that there is no need to be concerned. I am a man of my word. I ALWAYS follow through in the end, and have NEVER let anyone down. My reputation on this forum is important to me, however doing what is right by YOU the person truly screwed by this turn of events is what concerns me more. You will not be abandoned.

I know that this will raise a lot of hoo's and hey's from those that have been very vocal against me as another confirmation that I am not the stand up guy that I claim to be. I however will dissagree. I could easily just walk away and let folks file paypal disputes and not let anyone know that I will do EVERYTHING in my power to rectify this situation. So rattle on. Berate me for my ignorance and stupidity. Call me whatever name you feel you need to. I will still do what is RIGHT and deliver what I have promised. Thanks.
Ken

Delete
reason my post was made right before kenom's new post ,both he and I posted at 258pm
Last edited: Dec 7, 2010

Sorry to hear this kenom, this is all bad news for you and all of us.
I'm sorry things are not going so well for you

Do you feel confident in being able to get the kryton's threading issue fixed?
Would finding someone else to fix them be a good idea? Sounds like they need to go to someone with a shop?? If we do find someone maybe they could also do the anodizing??
If we all chipped in $10 or $20 we might be able to make it interesting to some one. I would be willing to cover the cost of shipping for the kryton's and what ever supplies you have.
Last edited: Dec 9, 2010

From what I understand... it was the polishing that caused the threading problem but I thought I remember reading quite a few posts back that you only polished a few. Pontiacg5 mentioned that they were all shipped assembled so they must have fit before polishing correct?

If the un-anodized ones work and some decide not to get them polished and just anodize them as is would that be an option? Dagiun seemed to ask this quite a few posts back but I did not see a response. (I don't know if I would go this route or not yet)

If even the unpolished hosts have threading issues then perhaps we should also get Pontiacg5 in on this. He has machining experience that might be very useful to solving the problem.

I assume you thought of this obvious suggestion but... maybe polishing at a slower RPM would help?

I realize you might not get this right away because of your intermittent access to the internet.

Damm man...when it rains it pours!
Keep looking up! Seems like life sometimes can be like :horse: but eventually it all comes around.
Thanks for the very honest and straight forward post on the situation.
Good luck!

Kenom said:
I will be shipping a random assembled unpolished unanodized barrel as well as a polished to jayrob to see what his opinion is.
Click to expand...

He also wanted to add:

Kenom said:
I am sending the barrels to jayrob so that an experienced machinist can see the issues I am seeing and maybe clear up the confusion.
Click to expand...