Bloomberg is going to pay to have Bernie cheated again, if he can get a brokered convention Bloomberg will buy the democrat nomination, a racist tyrant who's worth 60 Billion dollars is the polar opposite of Bernie Sanders and anti-social justice, how could liberals/democrats ever support a wall street racist tyrant who's made 60 Billion and will have bought the election ?

RedCowboy said:
Bloomberg is going to pay to have Bernie cheated again, if he can get a brokered convention Bloomberg will buy the democrat nomination, a racist tyrant who's worth 60 Billion dollars is the polar opposite of Bernie Sanders and anti-social justice, how could liberals/democrats ever support a wall street racist tyrant who's made 60 Billion and will have bought the election ?
Click to expand...

Yeah, Bloomberg totally bought his way into the race and has spent an estimated 300 million+ in the race already. Hopefully his race totally crashes sooner than later!

I first came to Washington state in 1982. When I got here the sales tax was the highest I'd seen and license tabs were high also. But, no one took care of their infrastructure like Washington has and the state parks had no equal in the US. We'd go to one often to spend the whole day as they even stocked the campfire pits with wood for burning. Recently John Eynman got an initiative on the ballot to remove much of the taxes used to fund these projects, and though I voted against it, it passed. There are no free rides.

"As polls tighten and self-described socialist Bernie Sanders looks more like a serious contender than a novelty candidate for president, the liberal media elite have suddenly stopped calling him socialist. He’s now cleaned up as a “progressive” or “pragmatist.”
But he’s not even a socialist. He’s a communist.
Mainstreaming Sanders requires whitewashing his radical pro-communist past. It won’t be easy to do.
If Sanders were vying for a Cabinet post, he’d never pass an FBI background check. There’d be too many subversive red flags popping up in his file. He was a communist collaborator during the height of the Cold War."

"Sanders wants to bring what he admired in the USSR, Cuba, Nicaragua and other communist states to America. "
"Sanders and his Sanderistas are all still pining for what Debs called “the Greater Revolution yet to come.”
What’s revolting is how this hardcore commie’s campaign has gotten this far. With his ascendancy in both Iowa and New Hampshire, Sanders is no longer just a fool; he’s now a dangerous fool.
While it may be hard to hate the old codger, it’s easy — and virtuous — to hate his un-American ideas. They should be swept into the dustbin with the rest of communist history."
~ excerpt from NY POST article https://nypost.com/2016/01/16/dont-be-fooled-by-bernie-sanders-hes-a-diehard-communist/

Have a look also at: https://www.haaretz.com/us-news/.pr...wish-bolshevik-but-i-can-t-hate-him-1.7774291 wherein the author says:​
"For anyone who spent at least some part of their sentient years in the former Soviet Union, listening to Bernie Sanders delivering his sermons brings a sense of unsettling déjà
The style of his rhetoric, the cadence of his speech, his choice of words from the hardcore Marxist vocabulary, his Leninist polemical style, his grotesquely nonsensical grandiose plans maddens the listener.
All of that, like a magic carpet, takes you back through the decades to the world we all hoped would be remembered only by the old timers, as material in history books serving as a cautionary lesson for the future generations. Bernie gesticulating from the Democratic Party presidential hopefuls podium reminds us of Lenin from innumerable Soviet movies about the Bolshevik Revolution. His popularity infuriates us, the few remaining survivors of the most brutal social experiment in human history."

This number fox keeps quoting for the cost of single payer might be right, but what they dont tell you is the cost of our current sytem. (Hint: It's a bigger number)

It wasn't so big until Obama monkeyed around with health care, still hasn't come down.

Alaskan said:
It wasn't so big until Obama monkeyed around with health care, still hasn't come down.
Click to expand... 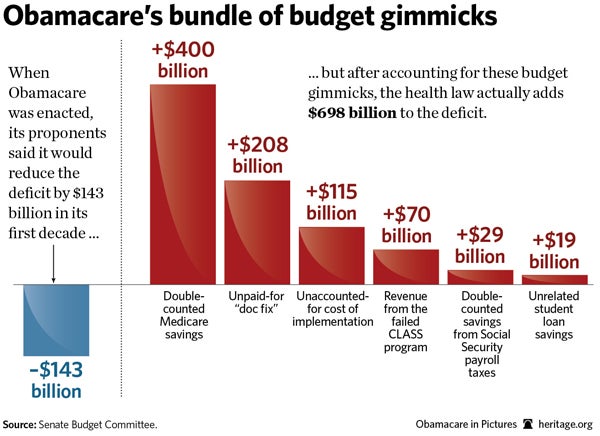 I would expect nothing less from the Heritage Foundation. Look at the graphs from the link I supplied.

Yeah for real. And prager? Lol. You know they aren't really a university right? Lol. Also, hilariously, obama care was the heritage foundation's idea in the first place. Oh the irony.

But let's grant the claim for the sake of arguement. Yeah, healthcare seems to cost more when more people get it.

But yeah I'm starting to come around to your position where I can watch people suffer and die if it saves me and the billionaires a couple of bucks. Let's destroy our environment too for short term profits 'cause who needs a healthy ecosystem. Let's make america great again like when our rivers lit on fire from all the chemicals in the water. The EPA is just a bunch of red tape to get in the way of profits. Let's defund K-12 education too and return to a feudal system where the rich control and own everything and we are their serfs. Let's worship Milton Friedman and hold profits as the highest ideal. Why should corporations have any regard for the environment, people's rights or social justice when there's so much more profit to be extracted if we ignore those things? I love it. Lets confiscate people's private property so we can build a wall that can be defeated with ropes and ladders. TRUMP 2020 AND BEYOND!!!!
Last edited: Feb 18, 2020

Yea, every time someone differs with your stated opinion just flat out disregard the source, if you love CNN or MSNBC and hate Fox news, that's all I need to know to see your outlook on anything to do with these subjects as you march in lockstep with their leftist views. There is some serious Trump derangement going on with some so called news outlets, some in this forum too, I dare say.

Yes, I disregard sources that I am familiar with as unprincipled ignorant hacks, like candace Owens, Dennis prager, and steve bannon. I have seen debates with them and deconstructions of their fallacious arguements enough times to discredit them to my satisfaction, with science and principled morals, far different than disregarding them outright.

I have stated that I dislike all corporate media, that includes fox, cnn, and msnbc. They all are beholden to the rich corporations who own them and will never rock the boat in anyway their corporate overlords disallow.

Ah yes trump derangement. Is that like when he promises not to cut social security and medicare, then his proposed budget does exactly that, and we simultaneously support and believe both things by using compartmentalized thinking and do not confront our cognitive dissonance? Yeah that sounds like trump derangement to me

See how you are, locked in. I've had more than enough of the leftist agenda, time for the table to turn but so many people are crying about it and ready to kill over it, it's a sad state of affairs in the U.S. These leftists are going so extreme they will destroy their own party thinking more of their same rhetoric will change something, it won't, it is just showing how radical they are and willing to do anything for power causing great concern for great numbers of American citizens, even those who have immigrated (legally) from other countries.
Last edited: Feb 18, 2020

The only people I have seen willing to kill over it are the trump supporters (not all of them, probably not even most, but enough) threatening civil war.

Your last sentence got everything wrong. The extremists as you call them are trying to take back their party from the neoliberal corporatists that are essentially moderate republicans who hijacked it from them in the first place, and bring about change that is not more of the same


Btw, which trump do you support on the issue of social security and medicare? The trump who said he wouldnt cut them or the trump who's budget proposal cuts them? Or are you like one of those gender fluids but with politics and you believe what he says as he says it then forgot he said it later when he contradicts himself and believe whatever he currently says? Ever read 1984? Ministry of truth ring any bells?

Did you ever consider the nature of my chosen username? It wasn't arbitrary or randomly generated. I hold truth as basically the highest ideal. It's about the only thing I swear allegiance to. As Ben Shapiro says but does not demonstrate, the truth doesnt care what your feelings are. I am beholden to it even if it shatters my preconceptions or preffered beliefs. Doesnt mean I am always right but science is a self correcting process. If we apply the scientific process to our beliefs we shed falsehoods no matter how comforting they are. Hence, to be shaken awake may be discomforting and not what we prefer, yet at least we aren't left in dreamland, as much as we may prefer it.

Full disclosure: if you had pointed a gun at my head during the 2016 election, and told me I couldn't vote for Jill, but had to vote for trump or HRC, I would have voted for trump as he at least paid lip service to ending the wars and protecting American jobs. I didnt believe he meant it but HRC was to me a known quantity of evil. I am somewhat sympathetic to those who perceived trump as an outsider and rolled the dice on if he really was. Now he is doing the bidding of the establishment. People on both sides of the spectrum are tired of the same old status quo and the fact we elected a reality tv goon is ample evidence of this
Last edited: Feb 18, 2020
You must log in or register to reply here.
Share:
Facebook Twitter Reddit Pinterest Tumblr WhatsApp Email Link