That shows the process complaints that republicans use to deflect the actual problems Trump had doing this to Zelensky in the first place. Impeachment isn't a criminal court case for one thing. Also, proving intent has never been a problem in criminal court cases as you can infer intent by the massive evidence gathered by the House in their impeachment of Trump. In addition to that there is another first hand witness who has said he is willing to testify in the Senate, but republicans have not wanted any more evidence, so John Bolton won't be called. But, the truth will come out as there is his book that will be released and the documents will also come out eventually because Trump has lost every court case he has brought trying to keep these out of the public and it is only a matter of time before all of this will be proved. I have listened to many republicans say that what Trump did with Zelensky was proven by the House, but they don't want to remove Trump during an election year. That is not actually a thing as the Constitution doesn't say thou shalt not impeach during an election year. In fact, Andrew Johnson was impeached during an election year and was not removed by only one vote. There were actually three republicans who voted not to remove Johnson in the Senate, but the vote missed removing him by only one vote.

Oh crap, you must have TDS to think he is Putin's puppet.

Mitt Romney is currently in the Senate saying that Trump should be removed from office because he has been proven to have pressured Zelenssky to announce investigations into his political rival in order to gain an advantage in the 2020 election. Good for him. I have watched almost every minute of the impeachment inquiry and the Senate trial with no witness testimony for the first time ever. As Romney said, there is no other conclusion any thinking person could come to. You may not want Trump removed, but there is no doubt that he should be.

Mitt Romney is an idiot.

Romney wanted to be Secretary of State and Trump had Romney come in to see him about it which is often done when you have the job, but alas Romney was turned down, snubbed by Trump........Romney is upset and just like McCain was over personal feelings, Romney put his personal animus ahead of the good of the Nation, seems like so many of these politicians are just grey haired children, Pelosi and her tantrum LOL what a joke.

Seems to me the people after Trump all have a reason to do so, either fired, passed over in favor of another or just because a republican and even worse, an outsider was able to get into the office of the president, a seat they all wanted. A bunch of unhappy campers. I'm so miffed at this BS I'm ready to come out fighting if they go too far and have this man offed. If they can't beat him, believe me, that is on some of their minds.

Just now the Senate has voted down both articles of impeachment.

Let me add some context to this. Trump was not exonerated. But, for the first time a president was found guilty by a bipartisan number of Senators. I watched all of Mitt Romney's speech in the Senate in real time and his vote had NOTHING to do with being snubbed by Trump. His speech wasn't long, but it took on all the reasons why he voted the way he did. He said that the only way to look at Trump's use of Zelensky to try to gain a foreign advantage, as the evidence was laid out, could only be seen as the highest of high crimes and misdemeanors.

McConnell had promised Trump a bipartisan not guilty vote. He did not deliver that. All Democrats and Mitt Romney voted guilty and for removal. Contrast that with Clinton's impeachment trial where many republicans voted not guilty because, in the end, Clinton did not abuse the power of his office. Trump may try to take a victory lap for this.....he has certainly said much worse. But, the rest of this story will come out including the documents that Trump has tried so hard to keep out of public view. Bolton's book will likely be released in March and everyone will know what he could have testified to.

Again, for the first time in history there was bipartisan votes to remove Trump from office. Even Johnson's trial was a straight party line vote for removal.

Saw it coming from the start. Shame the establishment dems won't go after him for anything more substantive. (Emoluments) I suspect though that if obama had done something similar, republicans would be crying foul. Big waste of time and money all around. For trump too, because biden is isnt going to be the nominee anyway. Nepotism is so bad when Hunter Biden makes use of it but I guess it's ok for trump's kids, who are making even more $ with daddy in the White House.

I realize it's a fat chance but hopefully we can move on to other subjects. I'm over the impeachment thing, was long ago

How was Hunter Biden's taking a job at Burisma nepotism? Joe Biden didn't get him that job. Hunter has had problems with his choices in the past, but he is an adult and did nothing illegal here. Joe Biden only carried out the policy of the US and all her allies in firing Viktor Shokin. No one who knows Biden believes he did what Trump has accused him of. Even republicans who have carried this fiction for Trump don't believe it.

I honestly havent examined it closely enough to say one way or another. Maybe joe didnt tell them to hire hunter, maybe they hired him to have access to joe. Not everything has to be spelled out with these things, often, theres simply an understanding of how pay to play works. My point was more for those who say it is nepotism (regardless of whether or not it is) yet overlook the situation with Trumps kids and kids in law, who are certainly profiting massively due to their fathers position

Trump's situation is nepotism. His kids all make much more money from Trump's presidency and he has taken full advantage of that. He does so with the properties he continues not to divest himself of. It is the worst corruption sitting in plain sight.

I love it. So why is this not ok, but when trump takes money from the Saudis through his hotels, then lo and behold he vetoes various bills that would stop arming the Saudis (who then turn around and arm terrorists) and sells the saudis billions in weapons that they use to commit genocide in Yemen. I thought you were fine with it because it kept bomb makers employed? I'm confused on what stance you take 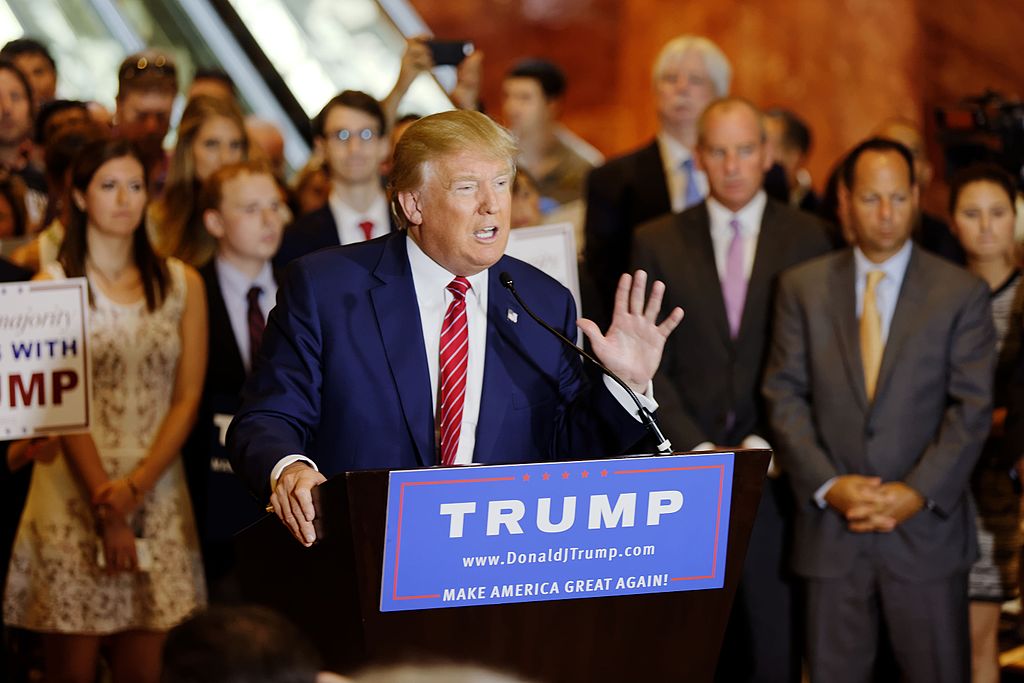 Ballotpedia: The Encyclopedia of American Politics

Democrats profit from war and America has been selling weapons long before Trump, you can't point at Trump and say he may have done what's been going on all along and expect people to be surprised.

Trump cares about veterans and our troops and it shows, Trump actually did something to help veterans and fix the VA hospital disaster.

RedCowboy said:
Democrats profit from war and America has been selling weapons long before Trump, you can't point at Trump and say he may have done what's been going on all along and expect people to be surprised.

Trump cares about veterans and our troops and it shows, Trump actually did something to help veterans and fix the VA hospital disaster.

To your first point. I dont expect surprise. I expect people to be against it regardless who does it. Saying dems did it to is no defense.

Sure dems got mad, but he didnt bring all the troops home now did he? No, instead he used them to "secure the oil". He left the Kurds hanging. There are ways he could have pulled out without screwing them, but he didnt.

If he really wants to end the wars and stop policing the world, he sure has a funny way of showing it. I'm glad we can agree that should be done though. Please hold your president accountable to his promise to do so. Bernie has said he will end the wars in his first 100 days. Trump has had much longer than that.
You must log in or register to reply here.
Share:
Facebook Twitter Reddit Pinterest Tumblr WhatsApp Email Link