Most States don't send out ballots or ballot request to all voters, in most States you have to request a absentee ballot, but because of covid many States sent out ballot requests without anyone asking for them, this invites voting fraud.
Last edited: Today at 12:53 AM

Democrats 3.5 Trillion dollar socialism spending bill is not " infrastructure " it's a democrat power grab. > See Senator Tuberville tear into it > Here This so called " infrastructure " bill will reduce the 10,000 dollar financial transaction reporting amount to 600 dollars so the IRS AI will be watching every transaction people make of 600 dollars or more, this is just a means to use the IRS against conservatives just like Obama used the IRS to harass tea party activists.
If you don't want to see inflation running out of control tell your reps you are against this democrat power grab the're attempting to cram down our throats under reconciliation by calling it " infrastructure " it's not infrastructure. 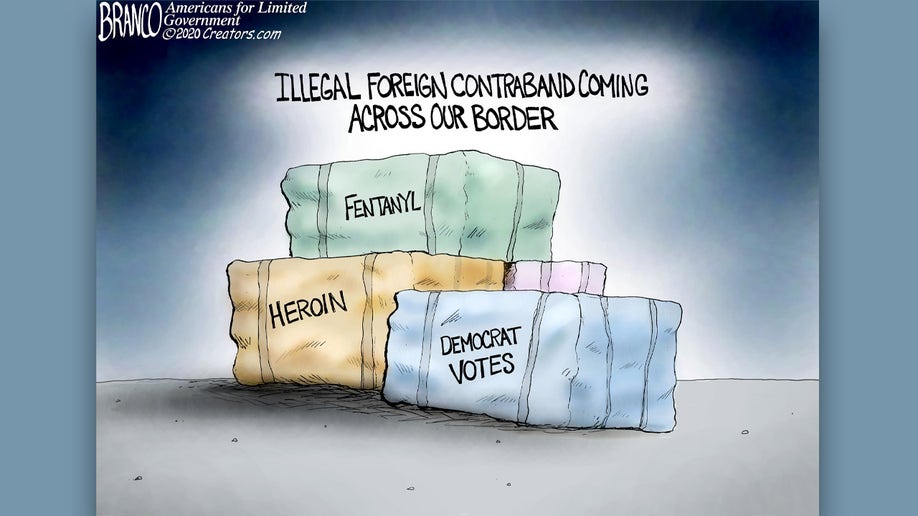 What about states like mine that do their election primarily by mail? There are 6 of these and of the mail in ballots in 2020 the only fraud was from Trump voters who voted more than once or used other people's ballots to vote for Trump.
You guys should figure out how to vote in person or maybe get thrown out of the union

81 million votes gets you 1000 viewers on YouTube and spontaneous chants of F*ck Joe Biden at football games all over the country.

RedCowboy said:
Most States don't send out ballots or ballot request to all voters, in most States you have to request a absentee ballot, but because of covid many States sent out ballot requests without anyone asking for them, this invites voting fraud.
Click to expand...

You say that that invites voter fraud, but the only voter fraud found in the 2020 election was among Trump voters. That is a fact that you cannot get around. Utah, which is about as red a state as they come sends out ballots to all registered voters. Tell your story walking.

I've posted the European study results at least twice before and European nations know by-mail voting is prone to fraud, it's why they have largely banned and/or restricted it in European nations as we need to in America, thankfully many US States have taken steps to prevent future by-mail voting fraud which is very hard to catch as both parties have an interest in keeping vote buying/selling a secret, by-mail voting just isn't worth the risk, people need to show up and show ID !
B

conceptcar3 said:
Because it demonstrates the total hypocrisy of the “ruling” class. They don’t wear masks, but you have to. They get a wall around the capitol, but you don’t get a wall at the border. You need to take vaccines, but we don’t care if illegal immigrants come streaming in unvaccinated.
Click to expand...

I agree that their rules apply/don't apply based on convenience, but this is true regardless of who is in power. I think that expecting the same level protection at the border and around the capitol is just setting your expectation up for failure. For example, the Russian border is quite secure, but I wouldn't expect it to be anywhere near as tight as the security around the Kremlin.

conceptcar3 said:
No magical ballot dumps at 4:30am from mail drop boxes that weren’t monitored, voter id required and voting in person only, No illegal blocking of vote counters from monitoring the votes being counted fairly and accurately. Timely results. No mystical stopping counting in the middle of the night. No more dominion and no more es&s voting machines that have functions to weight votes and are connected to the ccp. To name a few.
Click to expand...

A vast majority of the irregularities were due to the large amount of mail-in votes. The circumstances should not be present in 2024 to repeat that scenario. I fully expect there to be some other scenario that the republicans will call voter fraud and the democrats will call normal, or vice-versa, depending on the outcome. The part about timely results and no more electronic voting machines probably are mutually exclusive. In a nation of nearly half a billion people, you can't count votes by hand and expect the count to be accurate and fast. Pick one.


conceptcar3 said:
Maybe don’t leave Americans behind in Afghanistan. Maybe don’t say everything is fine there a month before the Taliban takes over. Maybe don’t force an experimental vaccine with a mandate on people who don’t want it. Maybe try and protect our border a little bit from thousands of illegal immigrants pouring into our country.
Click to expand...

I agree about Afghanistan. That was a mess, end of story.

Regarding the vaccine, at what point does it become no longer experimental?

The USA always has had one of the least secure borders in the world. Whether Trump was president or Biden or whomever, this is the case. I agree that something needs to be done to address the issue, but I'm not sure what would be effective. I agree that Biden should be more pro-active in this area.

conceptcar3 said:
He made a promise he couldn’t keep- the president has no power to enforce such a thing as that and he knew that.
Click to expand...

Agreed. Every presidential candidate does this. I don't think that "the position for which I was running doesn't command the authority to make good on my promise" is a reasonable excuse. If you are running for president, you know what the limitations of power are on the position of president, so don't promise to set congressional term limits/close Gitmo/no new taxes/etc. when you know very well that you can't hold up that promise. It's no less shiesty than if I promised to sell you a laser that output 520 nm 40 W beam for $50, then reneg'ed after I got the $50 by saying that what I told you I'd sell you isn't possible.

I've posted the European study results at least twice before and European nations know by-mail voting is prone to fraud, it's why they have largely banned and/or restricted it in European nations as we need to in America, thankfully many US States have taken steps to prevent future by-mail voting fraud which is very hard to catch as both parties have an interest in keeping vote buying/selling a secret, by-mail voting just isn't worth the risk, people need to show up and show ID !
Click to expand...

You continue to allege a fraud that did not happen in 2020. Court filings in the NY Times today show that Trump and his campaign knew his lies about voter fraud were just that.....LIES. Who cares what some EU countries have done. That has NOTHING to do with what we have in the U.S. Hopefully Congress will pass a voters rights bill that Biden will happily sign and protect voters in these states that have passed laws to disenfranchise voters that don't typically vote Republican. THAT IS WHAT THIS IS ALL ABOUT.
You must log in or register to reply here.
Share:
Facebook Twitter Reddit Pinterest Tumblr WhatsApp Email Share Link