If you wish to see what Republican control does, look at Ron DeSantis and Florida. He has played down the seriousness of the pandemic and worked against wearing masks. Right now 20% of all new covid infections are in Florida. That is 1 in every 5 cases in that one state alone. Great job!

paul1598419 said:
If you wish to see what Republican control does, look at Ron DeSantis and Florida. He has played down the seriousness of the pandemic and worked against wearing masks. Right now 20% of all new covid infections are in Florida. That is 1 in every 5 cases in that one state alone. Great job!
Click to expand...

hmm, well ron should not have done that, it impacted him and his state 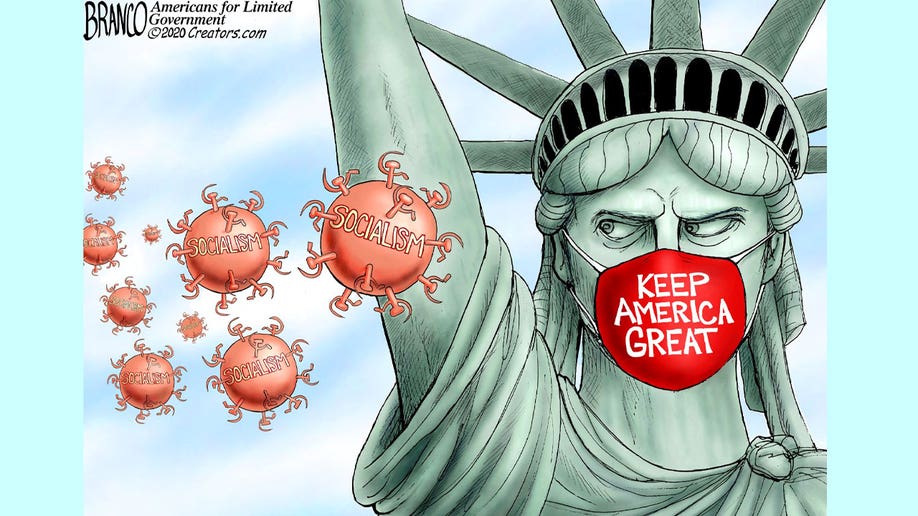 Thomas Barrack, a long time Trump ally and chairman of his inaugural committee, has been charged by the DOJ today as acting as a foreign agent and lying about it. He never applied as a foreign agent and the 46 page indictment shows how he used his position to successfully lobby Trump in favor of the United Arab Emirates.

In fact there were 5 cabinet members of the Trump administration that were investigated by IGs and referred for charges during Trump's single term, but the DOJ under Trump refused to prosecute them. Add these to the many members of his campaign and administration that were convicted, some pardoned by Trump just before he left office. I seriously doubt this will be the end of the Trump corruption and the people who may be charged.

Sowee7 said:
hmm, well ron should not have done that, it impacted him and his state
Click to expand...

No, he really shouldn't have. In fact the GOP in Florida has been trying to collect money by pushing T-shirts and other items that say "Don't Fuaci my Florida" as well as other inflammatory stuff. They still have the largest case counts there in the U.S.

Fauci funded " Gain of function " covid research in China which means research to make the virus more deadly, there needs to be answers, the covid19 disaster wasn't some animal to human mutation alone if at all.

Progressive liberals can't admit how badly socialism has failed in Cuba but everyone can see it front and center.

Yeah, using Fox News to show your point is leaving out most of that exchange between Dr. Anthony Fauci and Senator Rand Paul.


Rand Paul is the liar here and that can be seen by anyone willing to watch. He is just trying to distract people from the truth as you have done as well as Fox News too. No Democrats have ever said that the Cuban Communist government is good and they never will. That is just nonsense also.
Last edited: Jul 22, 2021
E

ROFL Sounds about right/par for the course. 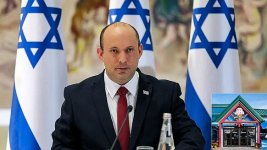 JERUSALEM—Following the ice cream manufacturer’s decision to stop selling its products in occupied Palestinian territory, Israel escalated tensions Thursday by closing its embassy inside Ben & Jerry’s factory. “Ben & Jerry’s hostile actions have left the nation of Israel with no choice but to close our embassy near the churning machines inside their Vermont factory,” said Israeli prime minister Naftali Bennett, explaining that the Israeli ambassador to Ben & Jerry’s would be pulled immediately with no current plans to reinstate him to the ice cream production floor. “Due to national security priorities, we will be maintaining our presence in the greater Vermont area in a diminished capacity at a nearby scoop shop until further notice. We do this from a position of strength and to send a signal to all confectionary companies who dare undermine Israel’s sovereignty over occupied lands that no ice cream is good enough to tolerate this treatment, not even Chunky Monkey.” At press time, Häagen-Dazs agreed to act as a third-party mediator to help resolve the conflict.
~ The Onion - A,erica's finest news source ~​

In the NY Times today:

Before Houston Methodist became one of the first hospital systems in the U.S. to mandate Covid-19 vaccines, about 85% of its employees were vaccinated. After the mandate the share rose to about 98%, with 2% receiving exemptions for medical or religious reasons. Only ~0.6% either quit or were fired.

Schools, including Indiana University and many private colleges that require students and workers to get vaccinated have reported extremely high uptake.
The French government will soon require people to show proof of vaccination or a recent negative test to eat in a restaurant, attend a movie or participate in many other activities. Italy has announced a similar policy yesterday.

It's true that these mandates often generate intense criticism. In France more than 100,000 people marched to protest Macron's policy. In the U.S. critics have sued, unsuccessfully so far, to stop Indiana University's mandate. Some Republican politicians have also tried to stop mandates, including Ron DeSantis of Florida and Gov. Mike DeWine of Ohio.

But even with the oppositions and exemptions, mandates can play a major role in reducing Covid and saving lives. That's especially true now that the Delta variant is fueling a rise in cases. "The takeaway message remains, if you are vaccinated, you are protected." Dr. Celine Gounder, an infectious disease specialist, told the Times. "you are not going to end up with severe disease, hospitalization or death."
E 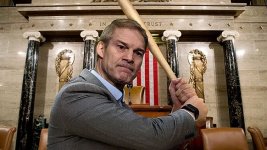 WASHINGTON—Shoving down barriers, sprinting up the steps, and smashing his fist through a thick pane of glass, bat-wielding Representative Jim Jordan (R-OH) burst through a Capitol window Thursday and demanded to be allowed onto a committee investigating the events of January 6th. “The January 6th committee was stolen,” yelled Jordan, while he and other representatives, including Rep. Jim Banks (R-IND), stormed through the House chamber, scribbling graffiti on statues, pepper-spraying police officers, and smearing his feces on the walls of Congress. “This entire investigation into the riots is a farce, but today, the probe will be reborn. We, the silent majority, will find out who really stormed the Capitol after the 2020 election. Finally, the truth will be revealed!” At press time, Jordan was spotted being transported to Walter Reed military hospital after allegedly suffering a heart attack while attempting to pick up a lectern and throw it against Nancy Pelosi’s office door.
~ The Onion - America;s Finest Newss Source ~​
E

LOL >>> Sounds very true to me, USA's typical "Bull Squirt" rationalizations for messing in the internal affairs of other Soverign Nations for the sport of it and just because "we can" type hogwash stone age adventurism

A Timeline Of U.S.–Haiti Relations​ 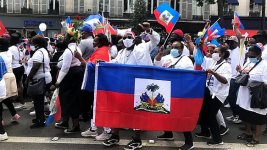 Following the assassination of Haitian president Jovenel Moïse on July 7 and the political crisis it prompted, calls for the U.S. to get more involved with Haiti also shine a light on the history of relations between the two countries. The Onion looks at key events in the timeline of U.S.–Haiti relations.

1914: Haiti stokes aggressions with U.S. by having gold.

1915: America finally recognizes Haiti as a branch of Citibank.

1934: U.S. ends invasion of Haiti, retaining influence over only their economy, military, and political systems.

2010: Following a devastating earthquake in Port-au-Prince, America steps up and wishes there was something it could do to help.

Turns out that during the hearings to confirm Brett Kavanaugh to the SCOTUS in 2018 the FBI put out a tip line that got over 4500 tips. But, the DOJ didn't want this investigated and after only ten followups turned it all over to the Trump White House. Many in Congress are looking to find out what was in those many tips and what the underscored ones were that were sent to Trump. Seems that the DOJ did underscore several of these, but the were not acted on. In case you don't remember, that was the hearing where Christine Blasey Ford regaled the Senate with a drunk Brett Kavanaugh trying to rape her in high school. Seems there were many more instances of Kavanaugh's sexual indiscretions. Geese! You just got to love the corrupt Trump administration.
Last edited: Jul 24, 2021

Pretty darn disturbing that that many people are happy with government censorship like that. 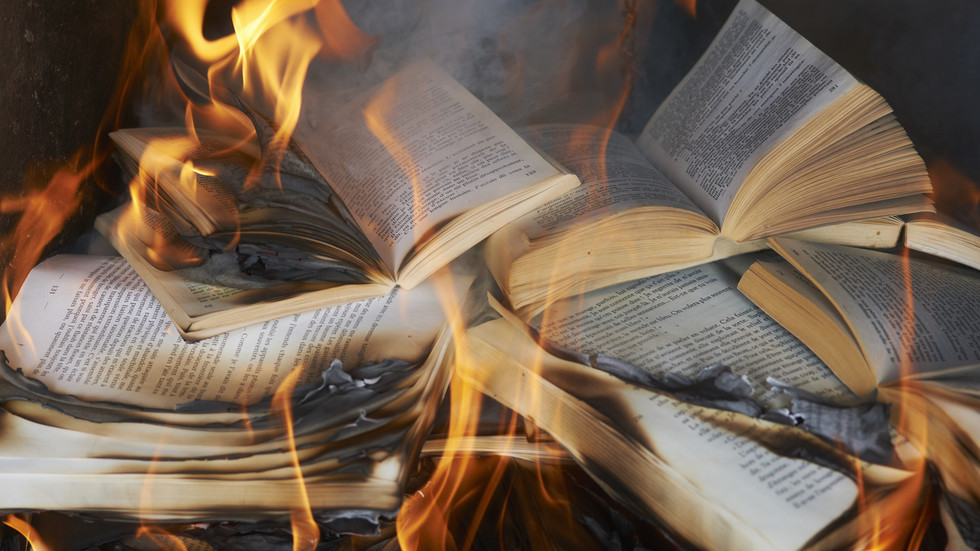 More censorship, please! Brits’ desire to ban ‘offensive’ books shows they haven’t learned the horrifying lessons of the past

A shocking report reveals that 40% of British adults would support the state banning books deemed to contain sexist, homophobic, or racist content. This paints a worrying picture for the future of free speech in the UK.

The House 1/6 select committee has been having the officers that were attacked by Trump supporters testify today. The two Republicans that have joined the committee, Adam Kinzinger and Liz Cheney, giving the committee a bipartisan feel to it, have been more committed to the results of the commission to retrieve the end results of this commission. The officers that are testifying today are showing how political the Trump supporters have been.

It as now been reported from the DOJ that Donald Trump tried to pressure acting AG Jeffrey Rosen to tell Americans that the election was stolen from him. Rosen had to take Trump's calls, but he resisted Trump's plans to overturn the election results. Trump actually told Rosen that if he would just put the idea out there he could manage the rest.

Today the House found out that they will be allowed Trump's tax records from 2015 to 2020. The House has been fighting for these for more than the past two years. The DOJ told the Treasury Dept. to turn over these to the House.

In a falsehood-filled sideshow, House Republican leaders held a news conference accusing Speaker Nancy Pelosi of having left the Capital grounds unprotected in the days before the attack and demanding that the committee look into her actions and communications.

"There's questions into the leadership within the structure of the speaker's office, where they denied the ability to bring in the National Guard," Kevin McCarthy, House minority leader said. House GOP conference chair Elise Stefanik said, "It is a fact that....in Dec. 2020, Nancy Pelosi was made aware of potential security threats to the Capital and she failed to act. It is a fact that the U.S. Capital Police raised concerns and rather than providing them with support and resources they needed and they deserved, she prioritized her partisan optics over their safety,"

There are 3 key players here: Steven A. Sund, the U.S. Capital Police chief; Paul D. Irving, the House sergeant-at-arms, and Michael C. Stenger, the Senate sergeant-at-arms. All 3 resigned under pressure after the 1/6 insurrection. Sund said he ran the National Guard request by Irving and Stenger on Jan. 4 and neither supported the idea.

Rep. Jim Jordan (R) earned 4 Pinocchios for making this same accusation without proof in March of this year. McCarthy and Stefanik earned the same 4 Pinocchois today for their accusations without proof.