" The White House " YT channel now posting Bidens official videos all have a very high dislike to like ratio, some have comments disabled and others are not complementary........ how did Biden get the most votes ever and now he can't get more likes than dislikes ? We all know why.

If so that would indicate a lack of interest on the part of Biden supporters, it would suggest Biden supporters were only shamed into virtue signaling and they don't really understand the issues or care enough to take part now that they elected the child sniffing pedophile proving they aren't racist in the minds of their peers.....that's probably about right, well that and the Dominion voting machine magic.

Speaking of Democratic pedophiles, Qanon supporters were stunned when their prophecy that Trump would be their president didn't come to fruition. Many don't know what to do now. I think it is hilarious, but they are turning now towards the same places they got hooked on conspiracies and are ripe for White Supremacists who want new terrorists to bring on their race war. This all came about when Spicer said that Trump's inauguration crowds were larger than Obama's. When you start your administration with a lie it is all down hill from there.

So you're for the killing of unborn children but against slavery? How can you act like you have a moral ground to stand on? I'm tired of this racism thing... Judging someone based on their race, how is that different than just simply judging someone? Or stereotyping, how much more of a crime is it than regular insults?
What if someone hates people with big noses, how is that different than hating someone with a certain skin color? They're both parts of the body.
Is it racist if someone is attracted to a certain body type including skin color?
My point is racism is just the same thing as everything else. It's no different. We judge each other by many different things but only racism is categorized and banned.
Hell let's keep going and start banning all insulting. Let's remove all freedom of speech. Let's go even further beyond and banish all negative thoughts. Have everyone wear a mind reading device which is connected to government run facilities and monitor us 24/7. Even our dreams should be no exception. How dare your child has a nightmare. That's insensitive to the boogie man! He has as much right to exist as you!

I'm not talking about insults. Black people have endured being threatened, beaten, red lined and murdered for centuries in this country. It is not the same thing as a physical defect that someone insults. It has and continues to have real world consequences for Black people. To believe otherwise is to be grossly misinformed. I'll bet you are a Qanon member. How are you dealing with the fact that Biden is president?

Oh please black people aren't the only ones suffering out there

paul1598419 said:
Speaking of Democratic pedophiles, Qanon supporters were stunned when their prophecy that Trump would be their president didn't come to fruition. Many don't know what to do now. I think it is hilarious, but they are turning now towards the same places they got hooked on conspiracies and are ripe for White Supremacists who want new terrorists to bring on their race war. This all came about when Spicer said that Trump's inauguration crowds were larger than Obama's. When you start your administration with a lie it is all down hill from there.
Click to expand...

paul is echoing the liberal narrative and engaging in name calling, something he pretends to be against, it goes like this " If you are not against Trump you are a white supremacist terrorist scumbag " never mind all the real reasons you voted, I vote to uphold our Bill of Rights, I vote for equal application of the law, I vote for due process and being innocent until proven guilty. I vote 2A and Freedom of Speech.

Because when we no longer have legally codified recognition of our God given right to defend our own lives, then we will have become property, like livestock and how we live and die will be decided for us.
When we don't even own ourselves we will be no more than rats in a virtual cage, when we no longer have Freedom of speech we won't be allowed our own thoughts, when we have no rights we will be PROPERTY !
I can not become part of the hive, part of the collective, part of the BORG, rugged individualism is our American birthright, Freedom is our American birthright, Freedom for everyone regardless of race/age/gender.

I have never been a racist, even when I was very young and peer pressure was pushing racism I knew it was wrong, there were 3 black students in all of my grammar school, Sam, Jamal and Deidra .....Sam was the only black male in my grade and he was my friend, I was his best friend and one of the few people who ever went to his house, I remember he had a 10 speed bicycle with clicky gear selectors and his parents drove Volvo's....My neighborhood was so working class white that I had never seen a Volvo and I used to walk around the soccer field parking lot between my and my brothers games looking at cars because I liked cars and nobody drove such a funky looking car, when I asked Sam he said " Yea....my parents are weird. " I understood that his parents had moved to a place where he was one of very few black faces and I felt a strong need to protect my friend and I did, how the hell could I ever hate good people based on race, I couldn't and I don't.

I will stand with anyone who stands up for our Freedom regardless of their race/age/gender/status and against anyone who is against our right to be more than community property, community property means everything belongs to everyone and you can't keep anything to yourself, well government won't be in our common pool, government by need will have property not in common, but all us proletariat will be part of the community and have to share everything so that nobody has any more or less than anyone else......is this what people want, do kids today think this can ever work ?

I'm poor yet I choose Freedom for Freedom the the most valuable thing anyone has ever had.
Last edited: Jan 23, 2021

paul1598419 said:
How are you dealing with the fact that Biden is president?
Click to expand...

paul1598419 said:
we can see real leadership for a change in Washington.
Click to expand...

edit - P.S
2 days in is way too much! When is Biden getting his well deserved and earned Nobel Peace Prize?
Last edited: Jan 23, 2021

You mean like the fake Nobel Peace Prize Trump had made for himself? They didn't even do a good job of copying it either. That was HILARIOUS!!! If you are still a Trump supporter you prefer lies to the truth. That Donald Trump avatar gets funnier every time I see it. I hope you keep it as long as you are here.

The NY Times today published a story about Trump trying to oust acting AG Jeffrey Rosen over his noncompliance to overturn the election results in Georgia. He actually wanted to install his new attorney Jeffrey Clark to this position in order to get this accomplished. Once the entire upper staff at DOJ threatened to resign if Trump did this he finally dropped the whole thing as the mess that would come about if everyone in the upper staff at DOJ resigned would have caused greater problems for Trump.

Bidens executive order that male athletes must be allowed to compete in women's sports is not something most women want.

This list will grow, Biden is likely not even writing his own executive orders and may not even fully understand them all or the ramifications, there will be a lot of unhappy campers in Biden land in the time ahead, many are already not so happy.

Justice Roberts doesn't want to preside over this nonsense Trump impeachment as Trump is not a sitting President and can't be removed from office......dems will find a way to further make a mockery of justice and hold a sham impeachment anyway I'm sure, kamala harris maybe? but it won't amount to anything.

Trump is not only getting impeached again, he is also under investigation for criminal prosecution in at least 3 states. He is and was so corrupt he needs to be held accountable. There is precedent for impeachment after one has left office and the main reason is to disqualify him from ever holding office of any kind again. But, Biden had nothing to do with that.

I mean the worthless Nobel Peace Prize like (crooked for accepting it) Obama got 2 minutes into office without doing anything to earn it, and then instigating "Arab Spring" civil war fires all over the Middle East by subversive activities.
President Trump didn't start any wars. He ended wars and then made 4 (!) peace agreements and was about to achieve at least a dozen more. That's because everyone involved respect and trust him. I'm both honored and humbled to have him in my avatar.
Sleepy Joe has already started one war. 75m-80m American voters didn't get their day in court. You may now add insult to injury and attempt to "impeach" their representative. See where that gets you in a few years. 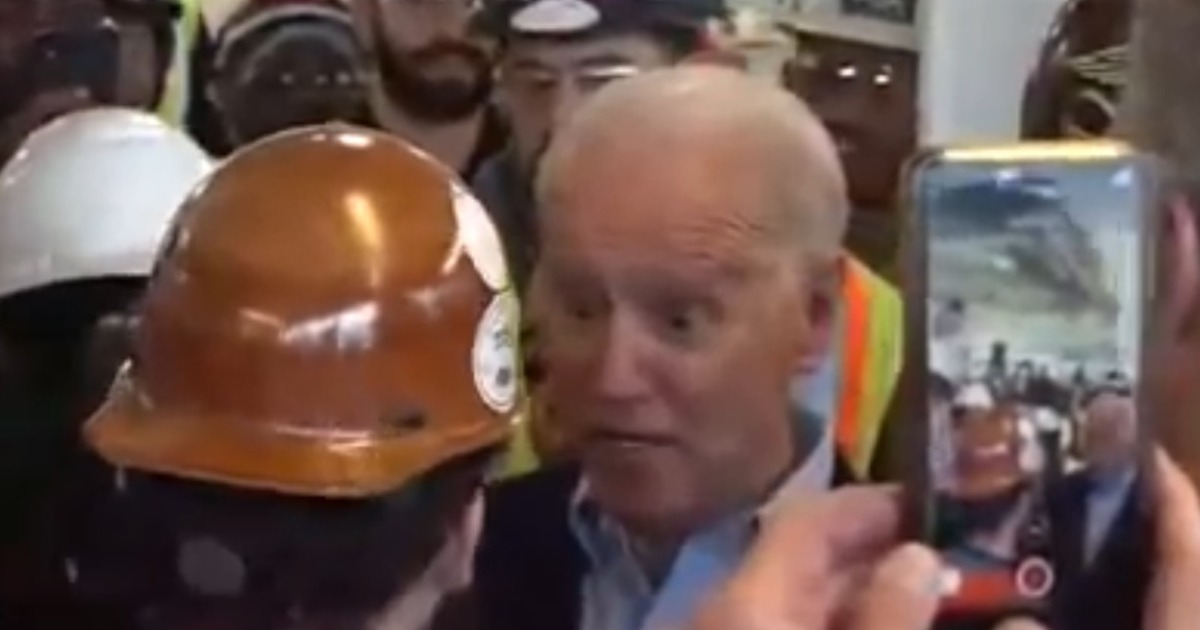 Joe Biden said "I don't know what I'm signing" on camera as he proceeded to sign an unknown executive order.

paul1598419 said:
we can see real leadership for a change in Washington.
Click to expand...