Benjamax said:
If Biden gets the presidency, the USA is never going to be free again. Ever. A gradual premeditated process that may take a few terms to complete would change the country from its core to its extremities. This is the slipperiest of all slippery slopes. People who haven't been there don't believe it's possible until it's too late to do much about it.
The democratic party has been taken over by its fringes. That party is ill. If its candidate is allowed in power, the takeover, the disease, would spread from that party to the entire country. In Biden's first term alone, they would naturalize many millions of illegals in key states and invite many more millions into the country, in order to irreversibly alter the voting demographic, sophisticate their election fraud tools, optimize their tactics and strategically change the law book in their own advantage for future elections. They would annihilate any independent thinking media. See what the big tech are doing now and imagine what they'd have done working hand in hand with a dependent same minded administration. Everyone would be in the same media bubble with paul. Especially younger generations who never knew better and the brainwashing in the education system would go into overdrive. Eventually any political values and ideals that are contrary to those of what today is perceived as a fringed organized left would be so oppressed, diminished and minimized, that the entire political system would turn into what is virtually a one-party-system or mostly one-party-domination, like we've seen in socialistic regimes throughout history and even now in China with the CCP, and unfortunately, disgracefully (yet to a lesser extent than China of course) in the great state of California. What would remain of right wing politicians is going to be puppets, as fig leaves, that only do what they are "allowed" to do.
Both the people on the right and honest decent people who are left don't have the luxury of letting Biden be the president and "waiting it out". Once leftist authoritarian forces come to power, they never relinquish it peacefully. They managed to pull off this insane unprecedented election fraud before they were in power. Once they are in power, they would never let go of the helm and they're going to literally destroy any opposition. Trump and anyone who cares about being free simply don't have the luxury of letting this one slip. It's simply not a reasonable option, even if they wanted to, they can't. If they do, it's going to be the last time a republican or right wing president was at the helm, and the last time the USA was a free country. It's resist or give up on everything. Unfortunately there's no middle option.
If Biden is kept out of office come Jan 20th, the first priority of a second Trump administration must be to make sure such election fraud can never happen again. The right balance must be achieved between the right to vote and the necessity to verify who is voting. The mail-in ballot system must be terminated. You want to vote you must personally arrive at a center no effing games and needy excuses! The use of voting machines or other computer technology in the voting and counting process must be permanently terminated. Only paper should be used with signatures and overseeing of many watchers that are involved. If counting watchers are removed this should be enough casus belli against entire ballot boxes to be treated as if they were radioactive. Many more checks and balances must be put into place. This fraud cannot get a pass even if Trump stays in office. 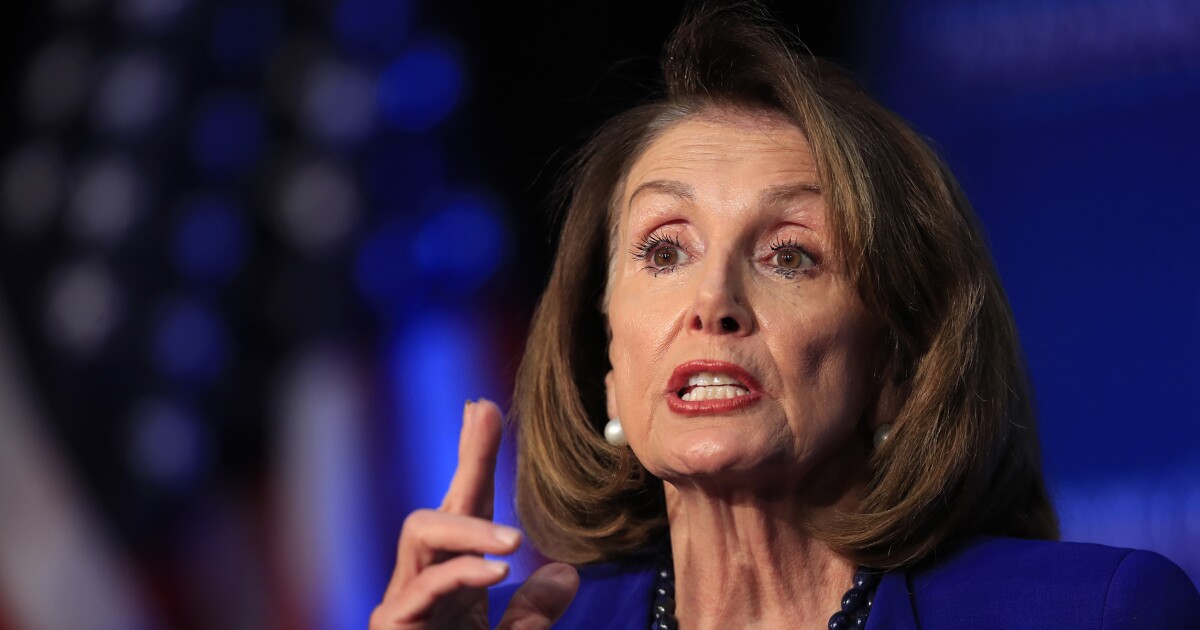 House Democrats have begun drafting an immigration reform plan which President-elect Joe Biden has signaled he will sign.

House Democrats have begun drafting legislation aimed at granting amnesty to the over 11 million illegal immigrants in the United States, which President-elect Joe Biden has said he will sign.

Rep. Linda Sanchez has started the process of drafting a bill that includes a pathway to citizenship for illegal immigrants. Democrats are expected to submit the bill as soon as Biden enters the White House, according to a Politico report this week.

The report added that “multiple Hispanic Caucus members” have privately said that a “large number of Democrats would be severely disappointed” if Biden doesn’t push for immigration reform early in his presidency.

Biden recently signaled to NBC’s Lester Holt that he is ready to support such a bill and grant citizenship to the tens of millions of illegal immigrants currently in the U.S.

Biden is also reportedly planning to reverse many if not all of President Trump’s executive orders on immigration while also implementing a 100-day moratorium on deportations.
Click to expand...

I wish it could be that easy, but t isn't. I support immigration reform that would include less restrictive measures that Trump has put in place, but that will take legislation to implement. Biden can and should reverse all the Trumpian populace divisive mandates. That can happen very quickly and should. If immigrants voted for Republicans you can be sure that they would be extremely supportive of these reforms, but that is not the reason Democrats support it. It is and has always been the right thing to do.

“Dominion, Now the Largest or Second Largest Voting System Company, Is Foreign Controlled and Depends Upon Secret Source Code Created and Owned by Smartmatic, a Foreign Controlled Company With Ties to The Venezuelan Government Led by Hugo Chavez“
Click to expand...

page 7 in the following risk assessment document of correspondence from July 2010 in the official website of the National Institute of Standards and Technology.

https://www.nist.gov/system/files/documents/itl/vote/2010-07-06VoterActionLetter2TGDC.pdf
Thought it was interesting.

edit
Reminder, CNN in 2006 about Dominion/Smartmatic

also
For the benefit of those who have signatures turned off, here my new (and first) one
Election 2020 Crowdsourced Evidence of Fraud
https://hereistheevidence.com/

I'm so confused with various sources of news that I don't know what's going on anymore...

Benjamax said:
page 7 in the following risk assessment document of correspondence from July 2010 in the official website of the National Institute of Standards and Technology.

https://www.nist.gov/system/files/documents/itl/vote/2010-07-06VoterActionLetter2TGDC.pdf
Thought it was interesting.

edit
Reminder, CNN in 2006 about Dominion/Smartmatic

also
For the benefit of those who have signatures turned off, here my new (and first) one
Election 2020 Crowdsourced Evidence of Fraud
https://hereistheevidence.com/
Click to expand...

The main problem with this conspiracy theory is that Hugo Chavez died in 2013. How is he possibly influencing any part of our 2020 election? Like all of these conspiracy theories they are heavy with allegations, but light on evidence or facts. December 14 is the day the election will be certified for Biden. Enjoy your allegations til then. Don't forget to send your money to Trump. He's been emailing grass root supporters for donations which are 75% going into his pocket. Read the fine print.
Last edited: Nov 29, 2020

Ultimately, the certification of Penn. will be corrected:

This is the 5th or 6th time you're using that strawman's argument with Hugu Chavez for your Dominion apologetics. And I've lost count of how many times you've repeated the other rubbish talking points..

Some folk get their "news" from CNN and that kind of ilk, I guess.

Not only that, but at least the following issues also must be resolved:
(from https://hereistheevidence.com)
� 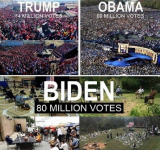 edit2
President Trump in a first interview since the election

Trump did get <74 million votes and Biden got >80 million votes. It was a record turn out for both parties. But, there really isn't an award for second place. Keep in mind that the certification is two weeks from tomorrow and Trump needs to flip at least 3 states to win. He is only advancing this "steal the vote narrative" on social media. In the courts he is losing badly. Just one procedural win in Arizona with 3 dozen losses everywhere else. So, if you see the courts turning this around he really needs a new story to tell and this time with evidence. The Third Circuit Federal Court of Appeals just handed Trump a huge loss in Pennsylvania with the Trump appointed judge writing for the three judge panel that this case is "without merit." There was more to this opinion than just that, but you don't care about that. Just winning is all Republicans care about since they has 12 years in the White House starting in 1980. This could be seen by right wing media going after every conspiracy theory, any disgruntled person or story when Bill Clinton was elected. This was pushed until they appointed Ken Starr as a special prosecutor to wage a long war against Clinton finally impeaching him for lying about an extramarital affair. So, it was your party that started this.

Yesterday the Pennsylvania SC ruled unanimously and with prejudice against the Trump campaign stating that they were too late in trying to contest the 2019 law that gave voters the option to use mail in ballots without showing a need to use these ballots. That means the Trump campaign is barred from bringing this suit again to another Pennsylvania court.
Last edited: Nov 29, 2020

edit
get to smell some of the evidence here
and taste them in the supreme court.

Today Arizona certified its votes for Biden with Wisconsin expected to follow suit next. Although the Trump campaign has alleged fraud in Georgia, the recounts seem to prove this was not the case. The polling machine counts are backed up by a hand recount of all votes in Georgia.

If the dems get away with this, please put my name down for the civil war which will certainly break out.