Yeah, I saw that today too. How are you liking your new PM?

Aww, disappointing that Marianne Williamson isn't going to be in the next debate.

Ears and Eggs said:
Aww, disappointing that Marianne Williamson isn't going to be in the next debate.
Click to expand...

I dont know much about her. Strikes me as some kinda yoga hippy mom. I lost some respect for her when she said she was against Medicare for all because she thought being for it would make it harder to beat trump. But then again, I'm an issues guy, not a beat trump at ANY cost guy. As much as I hate trump.

In all the latest polls the five major Democratic candidates are all beating Trump by no less than 9 points at the lowest and double digits for the top two candidates. You can be an issues guy and still beat Trump without breaking a sweat.

Let's hope so. I have heard those numbers as well but I wouldnt put too much money on them holding true come election. Look what happened last time.

I guess Tulsi is gonna keep on trucking even though the DNC screwed her out of the debate. I would like to see Bernie pick her as his running mate but if I had to guess I think he will pick Elizabeth Warren, assuming he gets the nomination. I really hope Biden doesnt get it. If he does, I'll be voting green party again. I Really dont like Biden. I think he is losing his mind too. Like literally, not just because I dislike his policies.

I don't dislike Biden as you do. Probably because I am older and know of his long record and the changes society has gone through since the 1970s and the many pitfalls along the way to today. Biden doesn't hold the lead because he doesn't speak. It is because he has much more of the Obama coalition behind his candidacy, which might be crucial to a strong 2020 candidate. I do like Biden. He has not always done the right thing, but I do believe at each juncture his heart was in the right place. Only time will tell, but I wouldn't try to push Biden out until we get close to the end.

It is Biden's record that I do take issue with. When he says stuff like "I have no sympathy for millennials" and tells his rich donors that nothing would fundamentally change under a Biden presidency. Just to name a few.

Seems like even Obama isn't really on board with Biden. I do get the Obama nostalgia appeal, but I am not a big Obama fan either. Not really cool with corporate neoliberals in general. Even Obama described himself as being pretty similar to a moderate Republican. Both the parties have been doing the bidding of wall street and the military industrial complex for far too long. And big pharma. That's one reason I love the justice Democrats, they have sworn off corporate pac money. Tulsi did too although I dont think she is in the J.D. group per se.

Here's one of my favorite AOC clips. She is demonized so much by the media, particularly faux. Even Tucker Carlson agreed with her and Bernie's bill to cap interest rates though.

This is what has happened to cause the de-industrailization of the US and how we need to fix it:

Oh, I get the appeal. I wasn't happy with all Obama did either, but considering the alternative, he wasn't THAT bad. I see a fundamental change in our democracy with the current administration that wants his wall built even if people have to break the law to get it done. He has told them he would happily pardon any who would. In the end, ending corporate money in politics is an admirable thing, but you need to be elected to do it. You also need a majority in both houses of congress.

I'll try to watch that clip when I get a chance Alaskan but I probably won't agree with much of it seeing as it's coming from the guy who made that terrible, cringy movie "torchbearer". I'll give it a chance though.

Although, I heard Steve Bannon likes tulsi gabbard due to her anti interventionist stance. Tucker Carlson goes pretty easy on her too. That's one reason I like her so much. With her military background and foreign policy position, there is quite a bit of crossover appeal. She is certainly an enemy of the DNC. She left them after the whole super Delegates shenanigans, and she was the only super delegate to give her vote to Bernie, like IIRC 70% of the Hawaii democratic primary voters wanted. The rest gave theirs to crooked Hillary. So it's no surprise to me they have screwed her out of the third debate. I dont think she has a shot at being president this time but I look forward to watching her political career

LMFAO @ polls, talking polls before a pair has been nominated is wishful at best, I expect that many simply won't vote once a dem pair is nominated but would answer polls as not voting Trump so at this point talking polls is fantasy.

Biden is the most electable but he's not good enough, the only hope for never-Trumpers is that Trump will do something very bad in months ahead causing more of his base to stay home, Trump voters who might stay home if it's Biden but not if it's Warren or Harris.

Biden appeals to many older dem voters but not so many young dem voters, still Biden is the only reasonable choice of the dem hopefuls in my opinion and he can't beat Trump and even if he somehow did there would be a lasting investigation into his past doings and endless lawsuits, I think every POTUS from now on will be scrutinized post election like never before at least as long as our country is so evenly divided and people know it, dread it and want to avoid it, for a nation burnt out on a failed coup and daily false drama headlines going around again with Biden who is ripe for drama means many simply won't vote and that means keeping the incumbent for 4 more and hoping for better choices next time, a message needs to be sent that we demand better choices and I think that it will be.

Trump does have a base, but it is not nearly enough to get reelected. We do still have many months before a new candidate will be selected, but think there are enough people pissed off at Trump. He did lose the popular vote by nearly 3 million votes last time. He is banking on a good economy to get reelected, but continues to single handedly sabotage it everyday he opens his mouth. He truly is his own worst enemy.

Trump carried 30 states out of 50, HRC only 20, so what if 3 million illegal immigrants voted in California, it could be 10 million it won't make any difference because it takes 270 to win and California gives all their EC votes to the winner and none to the loser who still got a substantial number of votes, but that's our system, I think if California is going to cheat they should lose EC votes. 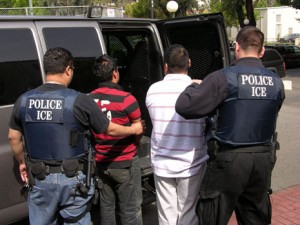 As we always knew, California and American elections are filled with fraud and corruption. Thanks to a new poll, we now know that approximately 13% of illegal aliens vote. Since they are already criminals, stealing ID’s or using phony ID’s. lie to get welfare, steal jobs—why not vote as they to...

THAT IS HILARIOUS!!! You sight some nonexistent poll, supposedly held by a right wing website, as proof that 3 million people voted illegally in the last election. I gave you proof positive of a republican voter fraud in the 9th district of North Carolina, with the candidate dropping out and the new election to be held this September, but your ridiculous poll, notwithstanding, where is your PROOF?!?! Some website stating that their poll proves it proves nothing. Anyone can make similar claims without proof. Actually, they have. Trump does this on a daily basis.

It's not and you don't think people should have to show ID to vote because of racism nonsense, it's an American election and you need to be an American to vote, this illegal immigrant voting has to stop.

Once upon a time – and it was not that long ago – the media prided themselves on exposing voter fraud. This all changed in the early part of the 21st century. In one of the great unreported opinion shifts, progressives throughout the political and media establishments decided almost as one that... Judicial Watch President Tom Fitton estimates that well over 1 million illegal immigrants voted in the 2016 election, and about 80 percent voted for Hillary Clinton. Fitton went through the numbers during a talk last Saturday for a conference hosted by The Remembrance Project, a group dedicated...

paul1598419 said:
Trump does have a base, but it is not nearly enough to get reelected.
Click to expand...