Peter Dodge said:
Geez seriously I didn’t think asking for some help would come to this.

Besides if I do build a 505nm laser I’d just get it from lifetime17 here.

thanks to the people who have helped me

When these diodes were first released to us I spent hours binning many by wavelength and testing them for power output. I posted much of this in many threads here. My information was used by DTR in his site and has helped many who were looking for specific wavelengths at reasonable prices. There are people here who still remember this. Still, I got slammed by some here lately, not because my information was wrong, but because of politics.

I still have the diode you so nicely packaged and labeled for me after measuring the wavelength Paul, saving it though, not in a host yet.

paul1598419 said:
When these diodes were first released to us I spent hours binning many by wavelength and testing them for power output. I posted much of this in many threads here. My information was used by DTR in his site and has helped many who were looking for specific wavelengths at reasonable prices. There are people here who still remember this. Still, I got slammed by some here lately, not because my information was wrong, but because of politics.
Click to expand...

That effort and service to the forum hasn't been forgotten.

And if true that this outburst was due to politics. Then this is aimed at anyone using my Politics Thread.
Remember my first two rules I set out:
If this can't be stuck to, then it is best for yours and everyone else's wellbeing to leave it alone.

That thread is cancer and has not been to any benefit of this forum. Instead of members discussing lasers, they indulge in their political opinions and turn their minds against each other.
If the excuse for that thread's existence is to prevent the discussions spread allover the forum, then mods should instead do their job and delete those posts as they come.

Before that thread existed everyone was spreading that 'cancer' all over the forum. So I disagree. I gave it a place to live so it didn't clog the forum up. If people can't set themselves apart from toxic politics then that isn't my problem. 2020 was a bearer of many bad things. Political takeover was one of them. If you don't want to see it then listen to my first post. Don't view it. I had enough of seeing arguments everywhere so I took action. People was doing this well before the thread existed, and there was no escape from it. At least you now have 99% of threads free of it.

aaronnoraa said:
What's up with this dude? He comes right out being a dick to Paul out of nowhere and without reason then ends it like he's all out of patience and butthurt, while still managing to be a dick to Paul. He's like a 3rd grader that starts a fight with some kid he's picking on then runs to the principal like a little bitch.
Click to expand...

Double posting is frowned upon. Please use the edit feature as I have here.
You're getting all "butthurt" over an argument that happened awhile ago that has nothing to do with you and using name calling. You aren't exactly acting like a saint yourself.

aaronnoraa said:
Anodizing the heatsink doesn't make it non-conductive if it has the slightest scratch on it and isn't a reliable way whatsoever to insulate parts, but I'm not surprised you don't know that given how you were talking to Paul. Pressing the diode in to an anodized cavity will scratch the cavity from the friction and create an electrical pathway in to the diode. Or, perhaps you do know that and you're doing the same thing to multiple people.. being a dick (since following your advice and assuming it wouldn't be conductive would have blown his diode).
Click to expand...

Then make sure you don't scratch it. Don't jam it in there like an animal. As I said I've seen pros post their builds in this manner. But to accuse me of trying to sabotage someone's build is going too far but whatever. You do you

Can a mod come in and help?

Apologies Peter. This isn’t how help threads usually go I can assure you.

Members being miffed at one another here is nothing new, from what I see, that thread has not created friction between members, the same people are pissed at one another now as were upset several years ago, just different reasons now.

I was once a member of a forum which had a section called the flame pit for such venting, most members never even went into it, unless miffed at someone. You cannot stop people from venting, it will come out one way or another. You can ban them, but we all know that just makes it worse, they come back 10 to 100 x worse, over and over again. I know of one member who was banned like 50 times, probably more, and he is still back and active again.
Last edited: Jan 25, 2021

RedCowboy said:
Why not use a non metallic flashlight housing with an aluminum heat sink and employ some common sense, keep your module/sink isolated, it's not difficult. 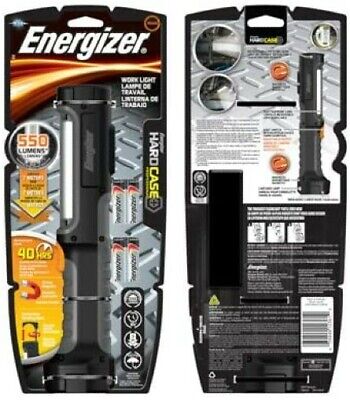 [VIRTUALLY INDESTRUCTIBLE] Built out of durable, rugged materials, this flashlight can survive a 2-story drop and keep on shining.
www.ebay.com

For testing purposes I have pre built rigs or you can use hot glue and stick a sink and current limiter to a battery pack, I made several like this for playing with some spinning mirrors while testing optics, runs for hours and cost very little to make, diode module can be used elsewhere later........point is you can make whatever you want, enjoy some Freedom and do something different.
Click to expand...